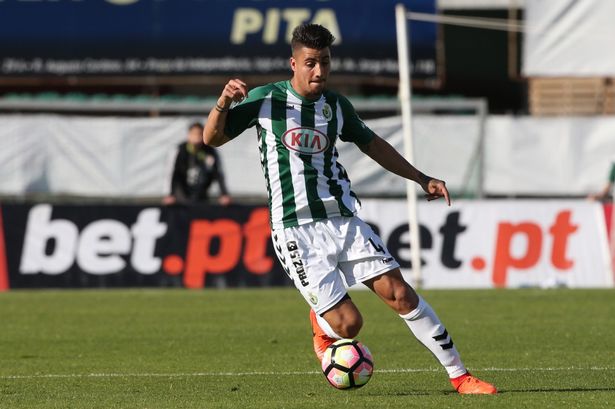 Strong speculation is gathering pace that Rangers are close to completing the signings of Bruno Alves, Carlos Pena, Fabio Cardoso and Louis Moult, on top of the capture of Ryan Jack.

The five signings would be a massive boost for Rangers fans, with serious work finally getting underway to overhaul a dishevelled squad and give the chance for manager Pedro Caixinha to finally imprint his image on the side.

Alves, as we know is a strong centre half, 35 years old at Cagliari, with a wealth of absolutely top class experience, and his signature would be an exceptional start to the incomings, while Aberdeen’s Ryan Jack is the worst kept-secret in Scottish football and will be announced in due course.

Motherwell’s Louis Moult is another one which looks to be close to over the line, the 25 year old striker having had an outstanding time of it this season, and Rangers clearly believe he would be an upgrade to the likes of Martyn Waghorn.

Meanwhile Fabio Cardoso, a 23-year old Portuguese defender at Vitória de Setúbal is also mooted for the switch to Govan with his manager confirming it is a strong possibility. He said:

“I want to keep Fabio. But my team is not as big and strong as Rangers. We are a middle team in Portugal and we don’t have power. If Rangers want a player of Vitoria, we do not have the power to prevent it or to keep this guy. Obviously, he is one of my best players and I want him to stay. To make a good team, you need good players always but this is life. I understand. If Fabio is wanted by Rangers, of course, it is good for him.”

And last but not least Carlos Pena, a 27 year old Mexican midfielder currently in his homeland Guadalajara but on loan at Leon has himself confirmed he is negotiating with Rangers to make the switch.

A much needed boost in every area of the pitch should all these transpire, and it is quite possible they will.