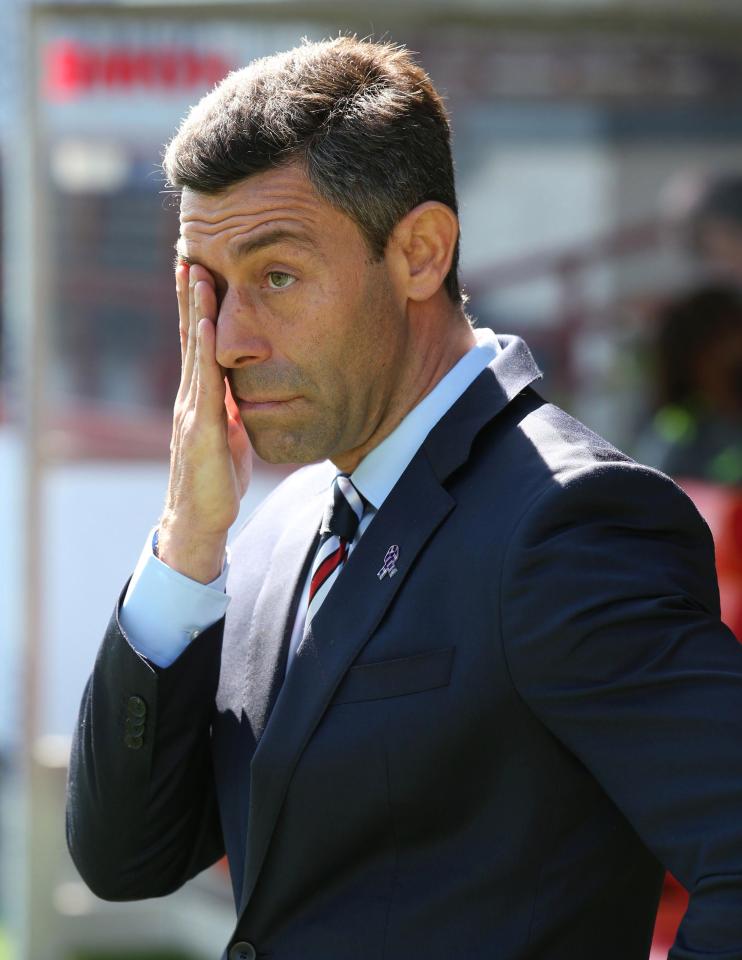 We can only hope
that chairman Dave King and other board members have opened their eyes to the
considerable gulf between ourselves and Celtic and begun to realise that
Rangers are in dire need of a major overhaul this summer.
Believing that a
combined transfer and wage budget of just £3 million a year would be enough for
us to grow next season is just crazy, especially when we have just watched the
current squad get outplayed and outclassed in the latest Old Firm clash which we
lost by the biggest margin at Ibrox since 1897. That alone should ring alarm
bells for the powers that be, and although this is our first season back in the
SPL since clawing our way up the leagues, it would be completely pointless if
we were satisfied with gradual progression instead of making the radical
changes that we blatantly need to make this club great again.
Simply put, the
squad is nowhere near good enough. If it takes a 5-1 hammering at the hands of
Celtic to make that point perfectly clear, than so be it. Perhaps it will be
the straw that breaks the camel’s back in terms of changing any notion of
settling for building one step at a time for one of that sees us spend; Rangers
are not exactly loaded, but if fans do not want to see us be destroyed by
Celtic four times a year and watch them stroll their way to the title whilst
twirling a cane, Pedro Caixinha has to be backed to the hilt. Combine this with
the fact that arguably our best players this season have a combined age of 75
in Clint Hill and Kenny Miller, it tells you how much of a state this present
Rangers squad is in.
You have to feel
sorry for Caixinha for picking up the mess that was left behind by
Mark Warburton who
thought the grass was greener elsewhere, yet now finds himself in severe danger
of dropping into League One with Nottingham Forest. Karma at its finest.
However, we have absolutely no idea who Caixinha will target during the summer,
but with Celtic likely to be overwhelming favourites with Footie Live to run
away with everything next season, he has to get it right. It would not surprise
me if there was an influx of Portuguese players arrive at Ibrox this summer,
In many respects,
we are heading into the unknown.
We hardly know
anything about the current Rangers manager, and if truth be told, he has hardly
set the world alight since arriving at the club. Any suggestion that he was
merely chosen as Warburton’s replacement to fill the void rather than appoint a
good manager is perhaps more cynical and based on the anger of how poor we have
been than factual, but Caixinha has a major job on his hands. The present squad
is a combination of players who are average or not good enough to wear the
shirt – as was proven by just how embarrassing we have been in both the recent
games against Celtic where we practically laid down and died. It is difficult
to accept when a Rangers side is turned over without any sort of fight, work
rate or passion, but when it is one that has a distinct lack of quality in it,
the feeling of disappointment and anger is far greater.
Rangers fans may
argue that finishing third in our first season back in the top flight is a good
achievement, given how bleak our situation looked during the dark days of
2012-2015. However, even if the current campaign is the platform for greater
things in the future, there has to be a major improvement on the pitch. Barely
any of the players who were involved in the recent 5-1 debacle, which in all honesty could, and perhaps
should, have been far more embarrassing if Celtic took some of their other
chances, came off that pitch with their head held high, and while Caixinha held
himself responsible for the defeat (for which I give him great respect and
admiration; takes a strong manager to publicly admit when he gets things
wrong), he has already stated that major surgery is required.
If we are being
brutally honest, there are only a handful of players that should be there next
season. Hill and Miller may not be around to do the donkey work for everyone
else who cannot step up to the mark, while Wes Foderingham, Danny Wilson, Lee
Hodson, Lee Wallace and Niko Kranjcar (if he makes a strong return from a
serious knee injury) are good enough to remain. The others….well, less said the
better; Emerson Hyndman has been shocking ever since Warburton left, Jason Holt
and Josh Windass offer very little quality on the ball, and when you have Joe
Garner, Joseph Dodoo and Martin Waghorn as the main striking options, you are
pretty much screwed. On the whole, it would be a pretty strong Championship
squad, but if there is to be another Rangers team that pushes Celtic all the
way in the title race on an annual basis and manages to make a mark in Europe,
then it falls well short of where it needs to be.
Anyone who is mad
enough to back us to win the league next season in our present state may wish
to read the 1xbet review on Footie
Live before putting
their money where their mouth is, but Caixinha will almost certainly have to
utilise what Rangers give him to manoeuvre in the transfer market. It remains
to be seen whether our new manager has the ability to scour the market for
shrewd signings that are not only much better than the players that currently
pull on the Rangers shirt, but also keep the books balanced; Caixinha may have
to twist King’s arm in order to get more funds to utilise, and for what it’s
worth, he may have to actually do it.