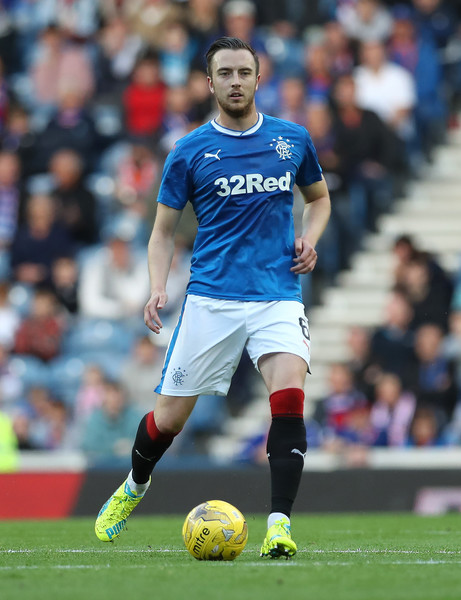 When 17-year old Danny Wilson made his European debut for Rangers against Unirea Urziceni in late 2009, it was pretty obvious to most keen-eyed observers that the lad was something special. For a defender of such tender years to look quite comfortable in the Uefa Champions League was a rare gem, and as such many fans truly believed they had the future of Rangers before them.

As history tells us, it did not quite work out like that. When EPL giants Liverpool came knocking on the Ibrox door, Wilson was seduced by the move to the English big time. It hurt many Rangers fans and made him, if not an enemy of the club, but a bit unpopular. As we know, that move did not work for Wilson, and it was not until his return to Scotland under Robbie Neilson’s impressive Hearts regime that the stopper regained some of the direction his career had started to lose.

As regular readers to the site will know, in the summer of 2015 Wilson ended up with a straight choice of Rangers or Celtic and was expected by many to opt for Parkhead. We knew otherwise, and it was not long before it was officially confirmed.

Unfortunately for Wilson, no matter how well he played at times last season, fans never truly took to him due, in part, to the manner of his departure six years earlier, and he did not enjoy the support his defensive partner Rob Kiernan got – Rob could get away with 10 howlers while Wilson was being hung out to dry for any he made.

Indeed, Wilson ended up doing a great deal of Kiernan’s work but getting little of the credit, and if anyone other than Jason Holt is thankful of the new lease of life he has been given, it is Danny Wilson.

After a month of solid displays, including that stone wall at Parkhead, fans are mellowing towards the 25 year old, and starting to see his ability for what it is. He has gained credit from many and has benefited from Rangers’ new system – with proper protection in front of him in the shape of Holt (and Toral), Wilson is able to defend without having to worry about failures alongside him.

Even young Bates is looking reasonable, if admittedly still a little green around the edges for now. But if anyone can steer a young defender, Wilson can – he has made the mistakes, he has learned from them, and can guide a junior colleague well as a result. Under Pedro Caixinha fans are finally seeing how good a defender he truly is.

His attitude too has matured. While his striking colleague Joe Garner was pretending he had been executed at the other end of the pitch, Wilson was shrugging off a forearm smash to the chops and played on with a broken and bloody nose.

His career certainly derailed and lost its way, but at age 25, Wilson may just have recaptured it at the right time for both him and Rangers, and just now, like Holt, he is a huge reason Rangers have three clean sheets in the last four matches.

Ironically, outwith the visit to Parkhead the only match Rangers have conceded in was Motherwell; the only one without Wilson.

Here is hoping Pedro agrees on his worth.