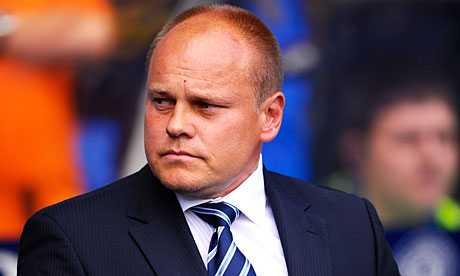 Mixu Paatelainen has today described Rangers as a “great club” and wished his compatriot Jonatan Johansson the very best in the Fin’s new role as Rangers’ third assistant.

The ex-Kilmarnock, Dundee United and Hibernian manager had nothing but positive words for both JJ and Ibrox and could only speak in glowing terms of his prospects of doing a good job as Rangers’ massively-hyped ‘local assistant’.

Speaking to the BBC, the 50 year old described JJ as a ‘hard worker’ and went on to say:

“Jonatan will be a great addition to the Rangers coaching team. JJ is a smashing guy. He was a very hard worker when he was a player. I haven’t worked with him as a coach but I have spoken to him about coaching, and as a player he was always a good listener. I’d regard him as an honest, very loyal person who has experience of playing at the top level. He is a guy who will be very easy to work with and whatever Pedro Caixinha asks him to do, he will do it. He will be a pleasure to work with. It’s a great move for JJ to improve and get experience of coaching at such a great club.”

From his performances on Rangers TV, Johansson does indeed come across as all of the above, as well as a quietly-spoken man who tends to capture attention whenever he does speak.

Clearly Mixu is thrilled at his countryman getting such a huge gig.