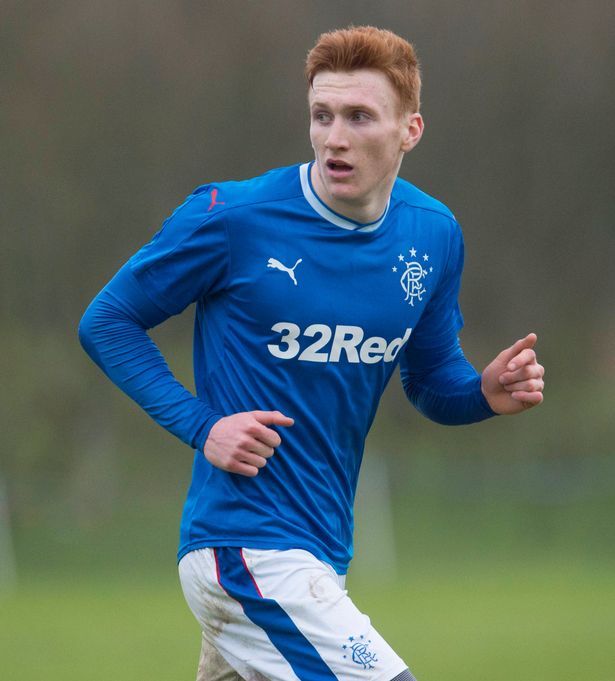 If Rangers’ defensive crisis has led to one thing, it has been the rise of two brand new starlets into the first team. Myles Beerman we will cover in another entry, but today we focus on 20-year old David Bates who has risen from obscurity to start three matches in succession following the absences of essentially the entire backline bar Danny Wilson.

Bates was already on loan at Ibrox from Raith Rovers before then-manager Mark Warburton decided to make the boy’s time in Govan permanent.

With Philippe Senderos, Clint Hill, Rob Kiernan and Danny Wilson in command of the first-team defensive shirts, Bates looked like a mere squad player, a reserve, a utility stopper to come in only when desperately needed. And in truth, that is how it has played out; with three centre-backs unavailable, Bates has been called on to partner the only remaining senior one at manager Pedro Caixinha’s disposal, and the surprising reality is Bates has given a very competent account of himself.

The young defender already has three clean sheets in Rangers’ shirt to his name – a 100% record, and while no one would pretend he is quite Richard Gough yet, the lad has been fairly sturdy, with an unexpectedly good reading of the game.

He was extremely shaky for the opening few touches of his debut at Rugby Park, true, and it seemed more Bambi on Ice than the Iron Curtain. But he grew into the role as the match wore on and 270 minutes later David Bates has held his own against (sadly) Scotland’s second best team (currently).

With Danny Wilson’s leadership helping the young man immensely, great credit has to go to Wilson for guiding his new protégé so effectively and helping him out – more than once the ex-Liverpool man has been seen pointing to space, showing Bates where to fill in, and Bates is clearly learning a great deal from this. Evidently so much so as a duo they have yet to concede a single goal.

Caixinha is on record as confirming he has no hesitation throwing Bates at Celtic on Sunday, and in truth with Clint Hill’s hamstring still an issue Bates is proving himself a more than able deputy.

It really is a baptism of fire on Sunday for Bates should he start – but if he gets the nod alongside Wilson and Lee Hodson makes a return from illness, the former Starks Park stopper will have two extremely useful allies to help him out – we know how good Hodson is, and Wilson’s form is well-documented.

But at the end of the day it is the manager’s call.