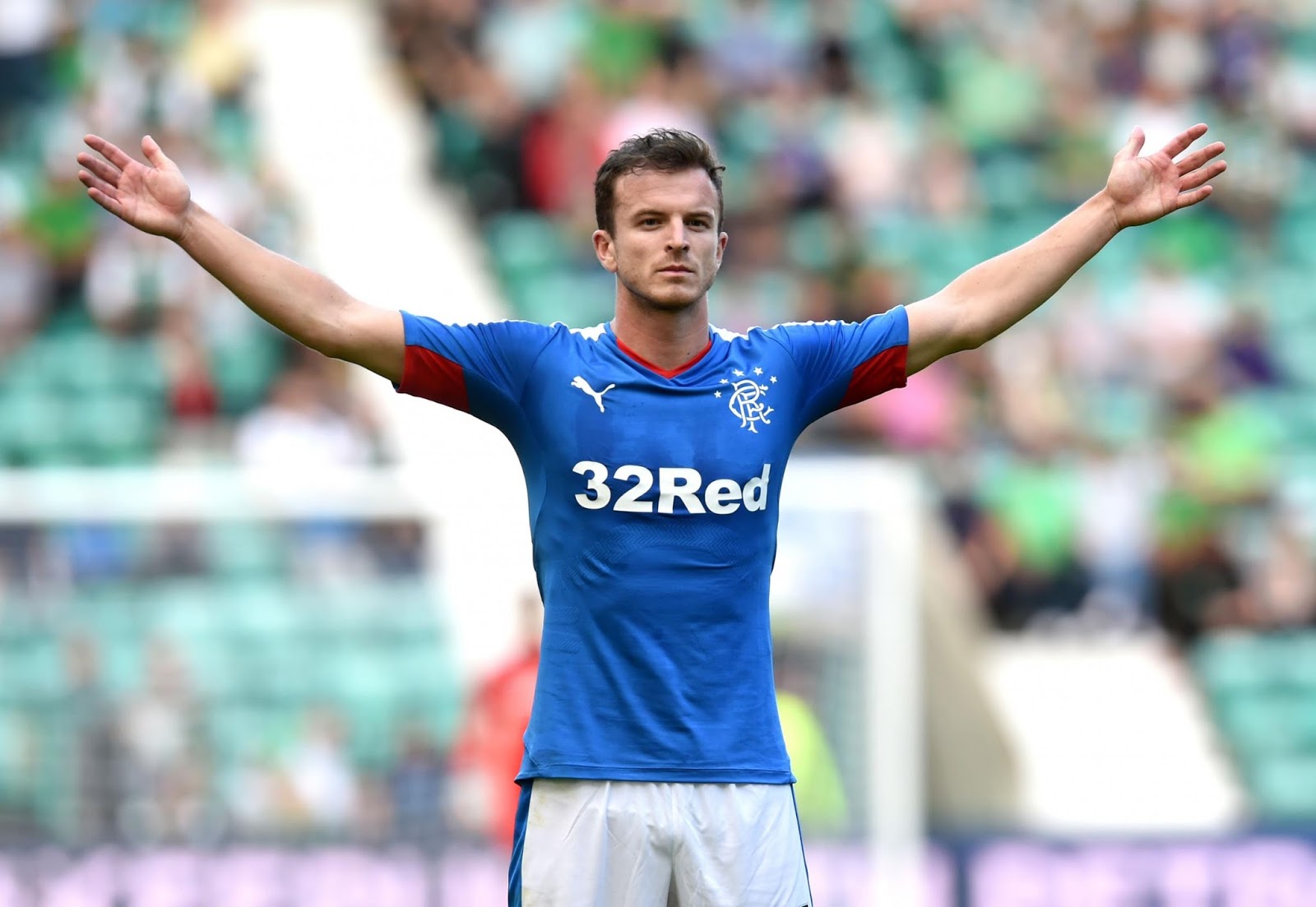 When Andy Halliday joined Rangers in the summer of 2015, fans took to him instantly. This was, as you might just know, a lad who grew up literally on the Copland Road itself and saw Ibrox Stadium every single day.

He even rejected deals from other teams to risk a trial at Mark Warburton’s new Rangers’ regime and try to earn a contract.

Unfortunately Halliday, while never disgracing himself, suffered his manager’s obsession with playing square pegs in round holes and found himself sitting in the anchor role at the heart of midfield to fill in as defensive midfielder when Rangers simply did not have one thanks to their manager’s appalling short-sightedness.

Being an attacking mid, this position hardly fit him like a glove, but he played on regardless and was given a little leeway by fans who saw him as One of Our Own and loved the idea of a dyed-in-the-wool fan living the dream and plying their trade on the Hallowed Turf.

It would be safe to say, though, that the slack afforded him has rather faded and fans do not seem to have the same love for Halliday as they maybe once did. And with manager Pedro Caixinha favouring five players who exclude Halliday in his midfield, it is a period of Andy’s career at Ibrox where one wonders what the future for him in Govan holds.

Jason Holt and Jon Toral have nailed down the defensive portion of Ped’s midfield, while Kenny Miller, Emerson Hyndman and Barrie McKay seem to have more or less clinched the attacking three.

This leaves Halliday surplus and on the bench, for now. The lad will be hurting to be out of the picture now, there is no denying that; but he has certainly lived the dream till now that few to none of us ever get to do. And if he is as big a Bear as he professes to be, he will take his demotion on the chin if it is for the betterment of the team; and going by the current performances and results, it is hard to argue otherwise.

With summer’s transfer window only a couple of months away, Rangers will look to bring in a quality of player which can seriously contend to fight for second. Fighting for the title would be magnificent but I have to temper my expectations. Rangers are not going to spend £30M or so on the quality of player needed to bring the league back to Ibrox. And Pedro Caixinha, with empirical experience of what the SPL needs, certainly knows the quality required for it now, if he did not before.

But with this new glut of players coming in, it really is tough to see any way that Halliday can be part of the new season outwith being a squad player.

This is not meant as a smear on the lad – but he like many are probably not up to the standard required for a serious assault on the league next season. And Rangers need to be ready to make one.