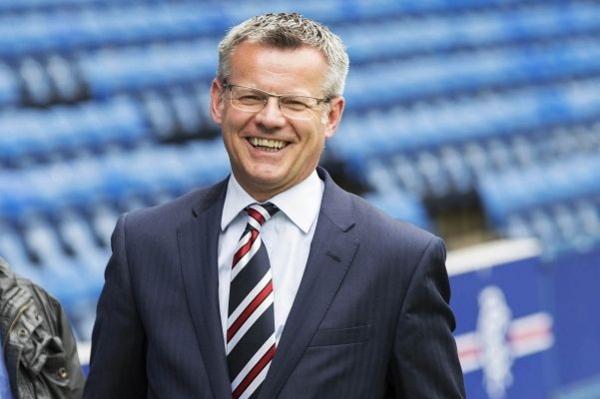 “Whoever comes in (as new manager) is going to get the backing, the financial resources. If we can get the right guy, give him the right conditions, the right working conditions and back him with the resources which will be there, there will be resources to back the manager coming in in terms of strengthening the squad. Hopefully next season there will be European football and we will need to strengthen the squad for that.”

To sum this statement up; Rangers do have money, if not a fortune, but the board were unwilling to give any more to Mark Warburton after the utter disaster that was last summer’s transfer window.

Reports have broken recently that deals for both defender Reece Oxford and winger Jonny Hayes fell through in January purely because the board did not back outgoing manager Mark Warburton. In Oxford’s case the board is said to have simply stonewalled the signing any new (Bates was already here and a youth acquisition) defender by their manager because of the shambles that was the defence, and the lack of trust in bringing in quality centre-halves.

Meanwhile the Hayes deal collapsed before it even started when Warburton wanted £1M to sign the Aberdeen flyer and was not given the finance to do so.

The horrible truth is Rangers have just wasted two years after the wrong long-term appointment in 2015 to take the Club forward; the board are responsible for getting that wrong, and a great number of fans, who had doubts about this regime and the integrity of Dave King, are airing their concerns in light of effectively stagnation for 24 months. It is understood Paul Murray was the principle drive behind Rangers signing Mark Warburton, and while it was arguably a brave and ‘left field’ appointment, it was also a risky one which simply did not pay off.

Now Rangers’ first team squad is in a bit of a malaise and that is as much the board’s fault for bringing in the wrong man two summers ago as it is the man himself’s fault for building a mess.

After two windows’ disastrous incomings, January’s window past saw Rangers’ board only willing to bring in frees and loans – Warburton had lost all trust from his bosses, which also led to that infamous ‘recruitment strategy meeting’ whereby it was said to have been laid on a plate for him.

Whoever comes in now will get the backing ultimately (rightly) denied Warburton as confirmed by Robertson. The funds will be there in the summer to rip up this mess and start again – it will not be a gluttonous fortune but it will be enough in the right hands to make Rangers competitive again.

“It was a disastrous night for us; we were clearly inferior. I’m responsible for this.”

No, not Mark Warburton, but last night the words of Barca’s Luis Enrique. Once again a big manager like Ranieri and Mourinho willing to take blame.

“Just 30 seconds into the game a pass went astray when we were in. That isn’t good enough. Then, in the latter stages, there were balls from Martyn Waghorn and Michael O’Halloran that didn’t go to feet. Our final ball wasn’t good enough. It’s too easy to say it’s the level of player and they are on X amount of money each week. We got ourselves into good positions and we have to be better with our final ball. When you give the ball away against the level of opposition you just run, by the end of the game you’re dead on your feet. We gave the ball away too cheaply. We have to take those challenges and the more games we play against teams at that level the better. We have got to get the club back into Europe. They are one of the top teams in the Bundesliga and we know we have to be better. We learned a lesson because when you give the ball away against teams like that you can spend the next five minutes running around chasing after it. We have to be shaper, we have to be better. It was a difficult one because you go from games where you have 70 per cent possession to that today. But we will learn. We knew taking these types of games could be a risk, they have been sitting second in the Bundesliga and they are a top, top European side. You could go and play a meaningless friendly and win 5-0. Or you could take a match against a top team and go and challenge yourself. We have to recognise that was the challenge we wanted.”

Not a single word of ‘I got it wrong’ as usual from a manager who eventually resorted to hanging his players out to dry instead of ever accepting he might have made an error.

Rangers’ new manager will get the financial backing Mark Warburton lost the right to deserve; but the board are under huge pressure over the next five months. To both get the interim manager right this time, and to get it right come the summer, whatever is chosen.

Here is hoping they have learned from their errors.