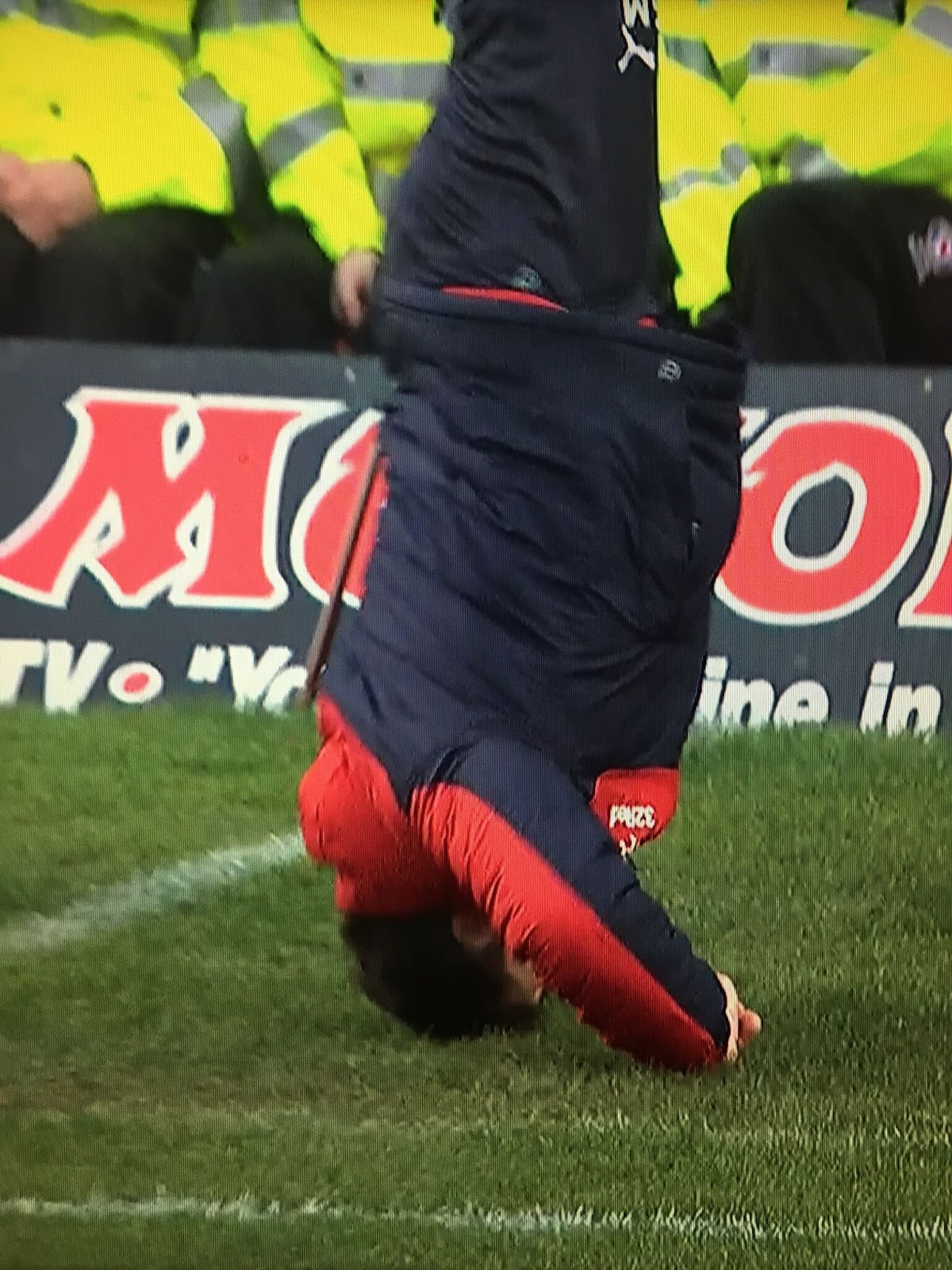 After yet another atrocious 90 minutes of Rangers’ appalling season, interim manager Graeme Murty was quick to hop on his head in frustration as late substitute Harry Forrester made a pig’s ear of a chance to peg the match back to 2-2.

The usual rubbish on the pitch from the Ibrox XI led to another underwhelming display, with the first half seeing Murty’s men completely outplayed in every department, but it was not till later on that Murty went hopping mad as Forrester blazed over from two yards out.

The season goes from bad to worse for Rangers, with Aberdeen now six points clear in second and Celtic out of sight, and it was all clearly too much for the temporary coach whose chances of being made permanent will have taken a dent from this messy display.

10/10 for the handstand though, Graeme. At least someone showed some skill today for the Famous.