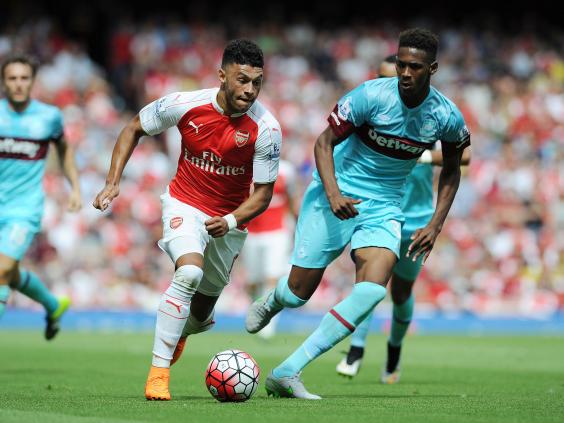 Rangers are reported to be close to signing a loan deal for the services of West Ham’s 18-year-old centre back, Reece Oxford. Boss Mark Warburton rates the youth team player extremely highly and feels that he could prove to be pivotal to Rangers’ bid to finish second in the SPL this season and help with a good cup run.

If London Stadium’s Oxford does land at Ibrox he will become the third Premier League youngster to move across the border on a temporary basis until the end of this season. Bournemouth midfielder Emerson Hyndman and Arsenal’s Jon Toral have both signed up with Warburton’s men in the hope of receiving regular first team football.

Reece, the England Under-20 internationalist centre half – who can also play as a defensive midfield player – signed a four-and-a-half-year contract on his 18th birthday last month, despite what West Ham claimed was “strong interest from Manchester United”.

Oxford became the youngest player to appear in West Ham’s first team in July 2015 when he faced Andorran side Lusitans in the Europa League at the age of 16, and he soon made a very successful Premier League debut in a 2-0 away victory over Arsenal at their home ground at Emirates Stadium.

He has recently returned from an ankle injury and has been tipped for the very top by his West Ham boss Slaven Bilic, who said last month:

It is now up to him to train hard and for us to manage his undoubted talent properly for Reece to fulfil his full potential.

Hyndman and Toral made their Rangers winning debuts in a thrilling last 10-minute win over Motherwell, in the 2 – 1 Scottish Cup 4th round game at Ibrox last Saturday. Thanks to two late wonderful goals from the ever young 37-year-old Kenny Miller who is proving to be a priceless asset to Rangers this season.

Is it possible that all three new signings would all feature in the Ladbrokes Premiership trip to Fir Park this Saturday?

“It was great to get my first game at Ibrox. It was a very tough cup tie but it was great to go through. It was different to playing in Spain where everything over there has a slower tempo, the games in Britain are a lot quicker. So I am getting used to that again and getting myself match-fit as quickly as possible because I haven’t played in a lot of games this season.”

It could be a very different Rangers team this weekend.