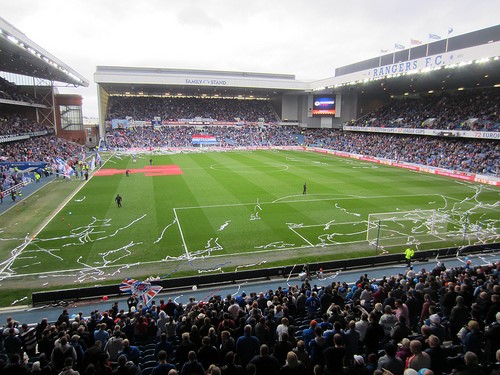 It would be fair to state that this season hasn’t exactly gone to plan for Mark Warburton and co this year but it hasn’t been a total disaster. The Scottish Premiership title is more or less out of reach but Rangers could be set for success in the Scottish Cup this campaign.

The Gers booked their place in the fifth round with victory over Motherwell and Warburton will try to bolster his squad ahead of the business end of the year. Let’s take a look at three potential last-minute transfer targets for Rangers as they look to secure a 34th win in the competition.

Van der Vaart has been there and done it all at the highest
level of European football but could
consider a move to the Scottish Premiership if it suited both parties. One
of the main complications with a potential move for Van der Vaart would be his
wage demands – but Gers might be able to offer a competitive salary compared to
his current pay at Danish side FC Midtjylland.

At 33 years old, he is approaching the twilight years of his career and his experience could help some of Rangers’ younger players in the long run. Warburton recognises talent when he sees it and Van der Vaart would certainly offer a new dimension and creativity from midfield, especially in tight-knit contests.

At the time of writing, Rangers are 80/1 to win
the title in bet365’s Scottish football betting and Lars Bender’s arrival would certainly give Rangers a much-needed boost in central midfield for the remainder of the campaign, increasing those odds. The Bayer Leverkusen man has featured in just five Bundesliga games this season and a move away from Germany could be on the cards in the coming weeks.

With 19 international caps for Germany, Bender has played at an elite level for the majority of his career – making him a valuable asset for any club. The 27-year-old has struggled to get back to his best after suffering a long term injury last season but a move to Ibrox could help to save his career. Rangers aren’t in desperate need of help in midfield but a loan deal for Bender would give Warburton another competent option at the very least.

The former Aston Villa man has failed to settle since joining Manchester City and a move away from the Etihad Stadium could be on the cards if the 27-year-old is willing to take a pay cut. At one point, Delph was widely regarded as one of England’s top prospects and he even managed to record nine international caps before leaving Villa Park. He has been limited to a handful of cameo appearances under Pep Guardiola and a move to somebody like Rangers would make perfect sense.

With a bit of training and match fitness, Delph should be able to pick up where he left off from his Villa days. If nothing else, his passion and energy in the middle of the park could prove useful as the Gers look to compete with the likes of Aberdeen and Celtic
for the Scottish Cup in the coming months.