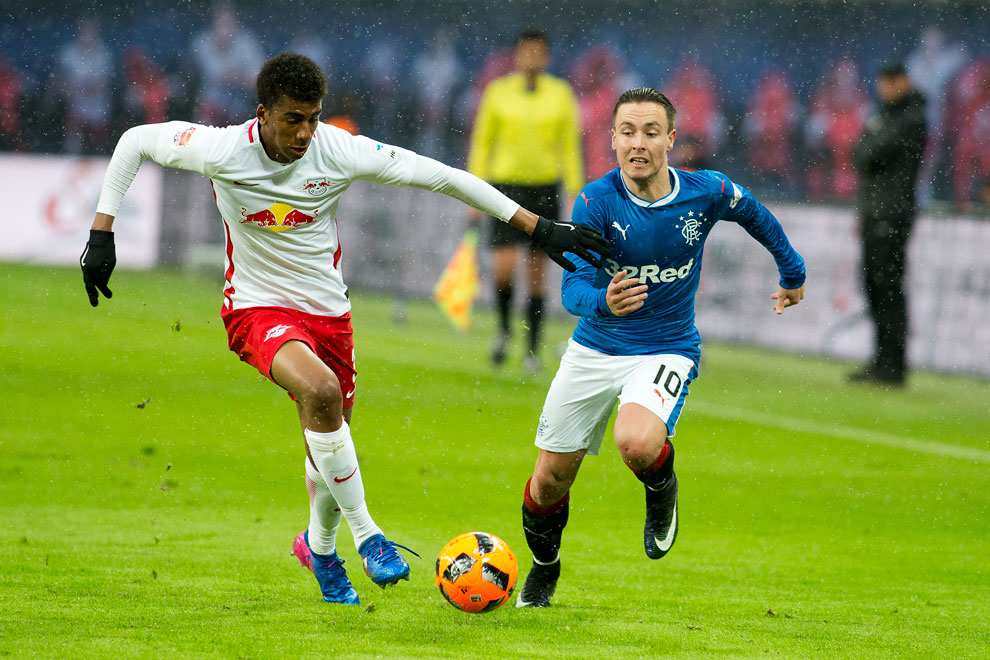 Alas, it was inevitable. After his scorching display in Germany, and stellar breakthrough season last campaign, Barrie McKay has finally attracted the interest of the vultures. Following a number of weeks ago confirming on this site that Stilyan Petrov’s Aston Villa were interested, our German energy drink chums have stolen a march with the reported £6M sum that Bundesliga high-flyers RB Leipzig are ready to put on the table for McKay’s services.

Let us not beat about the bush, it is a lot of cash, and given Rangers’ financially barren spell as things stand at the moment it is finance Dave King and friends will find very hard to reject, but from a football point of view it is terrible news – McKay is clearly Mark Warburton’s big success. He gave him a chance when McKay’s last three Ibrox managers would not, and he managed his form dip earlier this season impeccably. This site has run out of patience with the Hat and been extremely harsh on him, but credit where it is due – Barrie McKay is Warbs’ major success story.

It is also a very plausible transfer – Barrie was Rangers’ clear stand out on a night where Warbs’ men were truly embarrassed, and given his displays over the past 18 months it really was only a matter of time before a concrete transfer story emerged over him. But would Rangers sell if the bid materialises?

It is cash the board cannot reject. Simple as that. A youth-reared club standout who would have cost minimal outlay (especially given he was out on loan half the time) But do not expect it to go back into the team – serious questions are now being asked at board level of Warburton’s ability to use money wisely – while a national publication may have recently made some major assumptions without too much evidence, it is fact that Warburton’s success in the transfer market has been beyond shocking, with barely a few successes of last calendar year’s 15 new recruits. And that included well over £3M spent.

From a football view, it is a sale the board cannot accept. McKay is an instrumental figure in Rangers’ setup and while the lad could work on his set piece delivery and final ball, his pace, skill, linkup and confidence are beyond reproach.

So, I will hand it over to you guys. Sell him for big money or keep him and build the team around him?