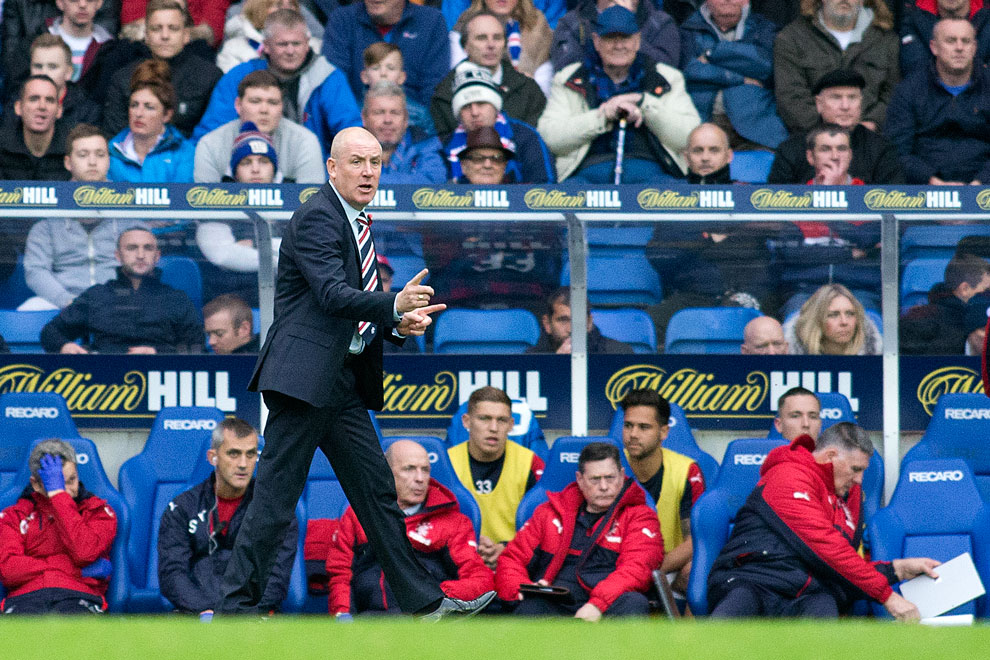 After yesterday’s truly abysmal performance in the Scottish Highlands, it seems that the short-lived praise for the performance against Kilmarnock was exactly that – short-lived.

Reading this you may think I am referring to this site calling for his head, then giving him a stay of execution following said result against Lee Clark’s side before castigating heavily yesterday’s atrocious abomination, but for once, I am actually referring to yourselves and most Rangers fans.

This link from HITC gives a bunch of beleaguered fans’ views from social networking site Twitter, and sees, for once, the majority of opinions accepting that Mark Warburton not only is not up to the challenge of managing Rangers long-term, but that he might indeed be gone by the time January comes around.

Here are a couple of the opinions fans are espousing, so readers to the site know it is not just us alone who feel this way:

MW is a one dimensional manager who can't adapt he signed 98% of these players, he has 2nd highest budget in Scotland and under performing

Warbs has done his job, got us promoted. He is tactically inept, unadapt able and seemingly blind to glaring recurring problems. He must go.

Ibroxnoise has been heavily critical of Warbs ever since last season’s abject loss of form following the Old Firm semi, but the inability to recover that form ever since has been truly indicting of Warburton’s limitations.

It is not ‘non-support’ to be critical of Warburton and his system – I would argue failure to criticise when things go wrong is blind and misguided, and the only way to constructively improve is to point out when they go wrong.

Football support is a complicated thing; fans get incredibly divided over the dichotomy of support and criticism. How can you be a supporter if you criticise? Is ‘support’ not to gee someone up when they are down? But then how do you support if you do not advise? If you just blindly accept how poor the team is and offer no rebuttal about it?

I guess the point I am making is support, to me, is being willing to be honest. A metaphor, if you will indulge me; if your best friend keeps dating the wrong type of suitor, do you sit back and simply give them a shoulder to cry on after the 18th break up in a row? Or do you tell them what they are doing wrong and hope they listen?

Which one is true friendship/support? A combination of both, perhaps?

However, this is all a bit off track. The end result is Rangers fans are now speaking out about Warburton – deep into November and one good performance at home against Killie is the only celebration since beating Celtic.

On no level is that good enough even for half of what Rangers fans might have hoped for.