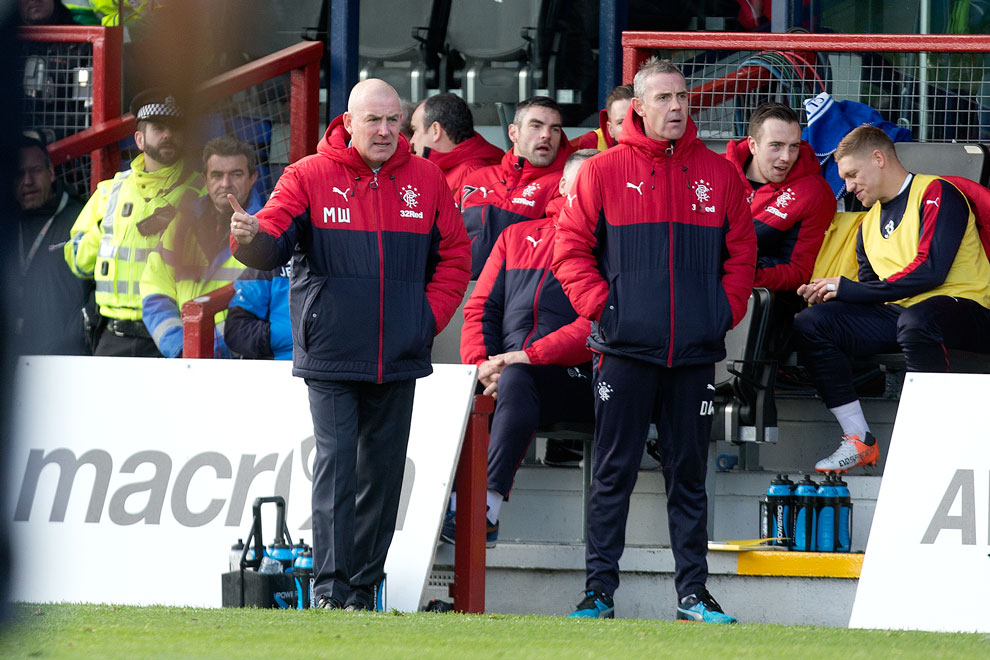 Article by Richard Fillingham
I don’t think that Mark Warburton actually does have a ‘Magic Hat’ and it is a real shame that he doesn’t have a ‘magic wand’ either. If he did, he could turn his free transfer and inexpensive signings into better players.

Is the manager operating with one hand tied behind his back?

In fairness to Mark, he doesn’t want Rangers to spend money they don’t have and Celtic have Champions League money to add to the profits they made with astute transfer dealings over the last few years. He has resisted spending his way to close the huge gap between Rangers and Celtic, which has now become apparent to everybody associated with the Ibrox club.

What is Warburton’s biggest mistake since coming to Rangers?

Not signing 2 or 3 taller better centre-backs who can tackle, win headers and pass the ball out of defence. Everyone recognises that this should have been his No 1 priority….
And it still is!

Did Warburton sign too many midfield players?
Without a doubt he did. He obviously didn’t rate Halliday and Holt highly enough to play regularly in the Premier League and now they are both back in his starting X1. I am confident that Crooks and Windass will be long-term assets for the club.

On the strength of Barton’s form with Burnley it would have worked out better if he had been fitter and fully match fit from the start of the season. Kranjcar’s match fitness was the main problem before his new long-term knee injury. Rossiter is a very talented young player, but unfortunately, seems to be injury prone.

Why does Brendan’s Celtic look much fitter than Mark’s Rangers?

In both Old Firm games this season, Celtic have looked as if they have more players on the park than Rangers. I think that they are actually fitter in every department than we are and they are definitely more accurate with their passing. Our players pass the ball back or sideways too often and always look for the easy option pass. No wonder we never score too many goals.

It might be hard to take, but look at the positives.

He has brought in a lot of players at minimum costs and there is potential with most of them, especially when they all settle in at the club and gradually get fitter.

Unfortunately, the one thing you don’t get at Rangers is time.

New players with big transfer money to their names often take time to adjust at new clubs and Mark was hoping his new guys who cost us close to nothing, would acclimatise quicker than they have. Since returning to Manchester United, £89m Pogba is still trying to impose himself after playing 11 games. This shows that shelling out big money is not always the solution.

Is MW being too loyal to certain players, who were much better last season?

On the right hand side, we have Tavernier and Waghorn and on the left Wallace and young McKay. They were all in much better form last season and produced superior rewards for the team. Whoever has been picked for centre-back has disappointed as a unit or as individuals. Barton, Kranjcar, Hill, Senderos and Crooks were not fully match fit to start games when they arrived at Rangers.

What should be his next move to win more games until the end of the season?

The players look to me as if they have no real faith in his TRIED AND FAILED, naïve ways of playing in the Premier League.

I don’t have a ‘magic wand’ either, but he MUST change from his too attacking line-up of 4-3-3, to a more fluent and harder-to-read tactic of a 4-1-3-2 set up, for games played at Ibrox. A more confrontational and very aggressive 3-5-2 team will give Rangers a far better chance of beating Celtic, Aberdeen and Hearts, if we are to end up in the top 3 to qualify for European football next year.

First and foremost, the better managers have sussed exactly how to combat this easy-to-read tactic. Rangers are now playing against much better defenders and more mobile and far superior midfield opponents who are adept at closing our team down. They are fitter, quicker and forcing our side into making too many mistakes, which often get punished with fast attacking breaks forward and more often, with our full backs out of position.

If Rangers don’t win their next two games?

With Rangers now currently sitting third in the league 11 points behind Celtic who have a game to spare, we will soon be 14 points behind them. We have only five wins to our name and this is the fewest league victories from our opening 12 league games in about 30 years.

Why is Warburton being so dogmatic regarding his 4-3-3 way of playing? If he doesn’t change this system, it will eventually cost him his job.

Personally, I would settle for a top 3 finish this season, as I am starting to lose confidence in Mark Warburton and I never thought I would have said that. I thought he was the best thing since sliced bread shortly after he arrived – a breath of fresh air back then, but not now.