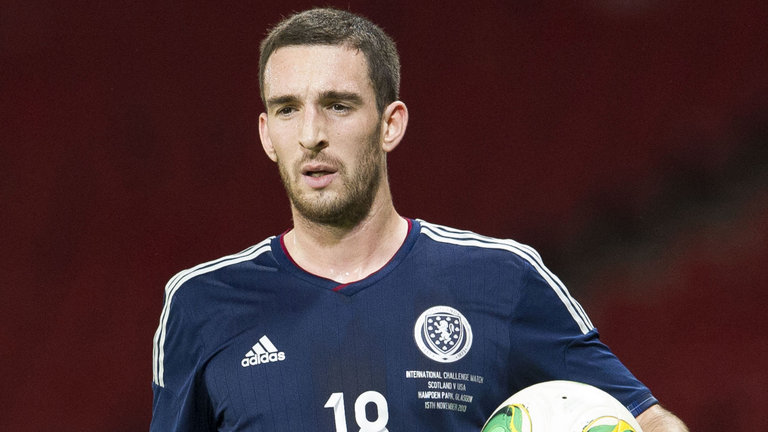 Claims last night were made that Rangers’ captain Lee Wallace’s name was roundly booed at Hampden when it was read out as part of the subs’ bench for Scotland leading up to their world cup qualifier against Lithuania.

As yet this cannot be completely substantiated, such is the lack of evidence other than testimonials, but given he was singled out by travelling fans during his subs’ appearance against Macedonia in 2013 along with Ian Black’s infamous experience against Australia at Easter Road in 2012, it seems a pretty valid bet to suggest the same occurred last night in Mount Florida.

Indeed, given the ‘Lee Wallace is a grass’ nonsense, where the mild-mannered Rangers captain seems to have become a bizarre figure for utter hate among rival fans, the chances in fact of him not being heckled by SPFL fans are probably lower than him being heckled.

If this is true, and frankly Scotland’s national team is of no real interest to yours truly any more for a litany of reasons I will not bore you with, it really begs so many questions of the game in this country and Rangers’ relationship with it.

We know the bond between Scotland and Rangers has effectively been severed beyond repair but does this really mean Rangers fans are happy for their players to no longer serve their national side?

The impression from so many is a total disdain for Scotland, and a sense everything they stand for is hated by the national side these days, and a consequent infinite loop which feeds itself.

The more Rangers hate Scotland, the more Scotland hates Rangers, and around and around we go.

It really is a shame – back in 2007 Rangers played a huge role in Scotland’s national team – Walter Smith’s outstanding regime was followed by Alex McLeish’s, regimes where Rangers players like Alan Hutton, David Weir, Lee McCulloch, Allan McGregor, Barry Ferguson, Steven Naismith, Ross McCormack, and Charlie Adam to name just a few were integral cogs in a brilliant national team that was one Gianluca Zambrotta dive away from making it to Euro 2008.

Back in those days the whole of Scottish football contributed to a strong national team, with Celtic’s Gary Caldwell, Scott Brown and Paul Hartley major components as well – but there is no denying Rangers’ strength was a massive fillip to the national team.

But since then, since the various incidents that have dogged Rangers’ relationship with the NT it has become beyond strained and now has festered into what we see today – a team that cannot even launch a credible qualifying campaign, far less actually make it.

And the ultimate symbol of the fractured lines between Ibrox and Hampden are seeing one of our own booed – whether last night Wallace’s name was booed or not barely matters, it has been before, along with Black’s.

And there is little reason to suggest Rangers will ever be welcomed again into the national side with fervour of yesteryear.

Their call, I guess.