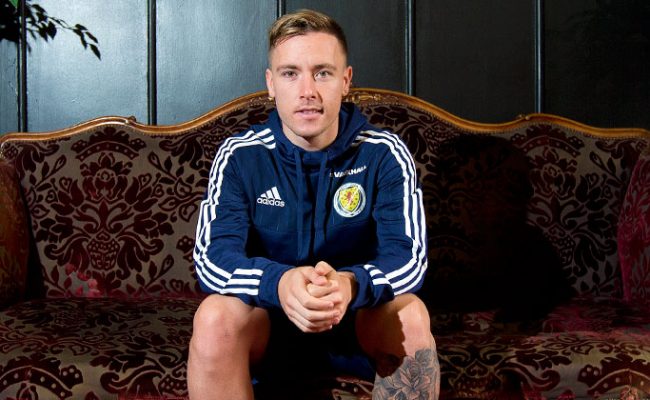 When it was announced over the past week that Rangers’ winger Barrie McKay was being called up along with his captain Lee Wallace for Scotland’s crucial world cup qualifier against Lithuania, reaction was most definitely mixed from Ibrox Towers.

On one hand from whatever angle you take it, it is definitely a major football currency to earn international caps, and adds to a player’s prestige and general value. When a team is looking at a new signing target, one of the first thing fans do is check out if he is an international.

It is worth something, a lot, in fact.

Hence when McKay got his latest national side call up, while some fans were thoroughly nonplussed in the obligatory apathy (or worse) that seems to follow the national team from a Rangers perspective, quite a few were pleased for the young lad, and hoped he would get at least a substitute’s appearance.

Indeed, national manager Gordon Strachan had sung up McKay’s praises, saying, like he did regarding the last call up, that Barrie was training exceptionally well and was impressive, and the partnership he had with Wallace was as good as any he had seen in many a year.

Another curious reaction, though, was incredulity – neither McKay nor Wallace had played especially well this season for Rangers, being borderline average at best, in truth, with the odd exception here and there, and the call up was a bit puzzling for many to see Rangers players finally making an impression on the national team when their form was arguably at its worst. However, this is not entirely relevant to this article, but is interesting nevertheless.

Getting back to the point, however, and when the match day squad was announced by the SFA, it was just complete bewilderment – yes, Wallace was on the bench as expected, but McKay was nowhere to be seen.

Just like with his last call up McKay was completely overlooked, and it is hard to know which one was more insulting. With Scotland strolling against Malta, McKay could not even get on as a sub late on, Strachan instead pointlessly bringing on Anya. It made fans wonder why he even made the trip. Last night’s complete absence was beyond an insult.

It is, of course, possible that I am doing Strachan a wild disservice and McKay has picked up an injury in training, but given he sang his praises and Barrie appeared very much part of the squad till the group was announced pre-match, this seems unlikely.

But if it is the case, and the young winger has indeed received a knock, then it is further pain for Rangers where Scotland are concerned.

Nevertheless, either way, what has McKay actually learned from being ignored in Malta and being completely ignored at Hampden?

If Rangers’ pacy attacker wants to become a major force for his national side, one suspects a seismic ground shift requires to happen before it does – including having a different manager.

For now, there is just no point in he or Wallace being given a call up.