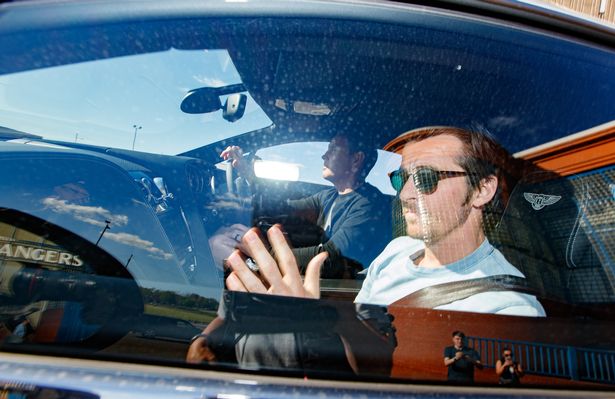 With today’s confirmation that the Joey Barton circus continues on, the signing of the ex-Marseille anchor is beginning to look like one of the biggest mistakes of the Warburton era.

Indeed, the saga and sheer sideshow that has followed his entire career has made its way to Ibrox, and seriously questions the Magic Hat’s judgement in even wanting him.

Sure, many would point at his career credentials, the clubs he has plied his trade for and the fact he was Burnley’s Player of the Year last season; but the absolute chaos that accompanies him everywhere he goes is contrary to both the dignity normally associated with a club blessed with managers such as William Struth and Walter Smith, and contrary to the entire notion of respect and integrity that his manager Warburton has espoused ever since himself arriving in Govan last year.

On top of the Eustace farce and the absolute comedy of targeting Joleon Lescott, one really wonders what vision Warbs has for Rangers long term.

Barton has been a disgrace his whole career; Rangers today announced the extension of his ban to a further week, and it is now evident Joey Barton will never play again for Rangers.

If there was any doubt before, there surely is not now. The problem is the pay off. Barton is on a wage of circa £1M per year, which, for the mathematicians among you, is £2M for two years.

It does not take a source at Ibrox to confirm Dave King and the board will not be happy shelling out £2M to get Barton off Rangers’ hands; but it is either that or the player goes on Gardening Leave.

Barton has been canny – he saw Rangers as an opportunity to plug himself and his book, while being paid a fortune to do so – and while many, yours truly included, bought into the hype about ‘signing Joey Barton’, the reality was deep down every one of us feared this thing blowing up in our faces, like it has for nearly every club he has ever played for.

We thought he had matured, but clearly he has not and never will, and has not compensated his mouthing off with performances on the pitch.

One seriously has to look at Rangers’ signing policy this summer and previous – Warburton spent five months trying to get John Eustace on board, time and money wasted treating the man only for it all to fall through eventually, while also moving in on a perennially-injured Joleon Lescott who is more known for being hated due to his materialism and ego. And Villa fans pointed out how dreadful he had been for them last season. No one needs to point out what happened over the past few days in Athens either, to vindicate both Rangers’ medical team and criticism of Warburton seeking his services.

This Barton episode has absolutely stunk. This site praised Warbs over admitting he got the dropping of Andy Halliday wrong recently, and while he probably cannot admit the mistake here yet, he should one day.

Hopefully this dismal signing will not undermine, or even define, Warbs’ legacy, something it is threatening, disappointingly, to do.

NB: this site gets a lot of flak whenever it makes a critical entry. For every 10 entries, the 8 or 9 positive or neutral ones get overlooked and the critical one gets castigated as being “written by Chris Sutton”. It is IbroxNoise’s job to ask questions of Rangers, of the Club we love. We hold the Club to account when things do not go right, and we praise enthusiastically when things work well. We judge what we see. If you dislike this approach, we suggest you use other sites which better suit your own philosophies.