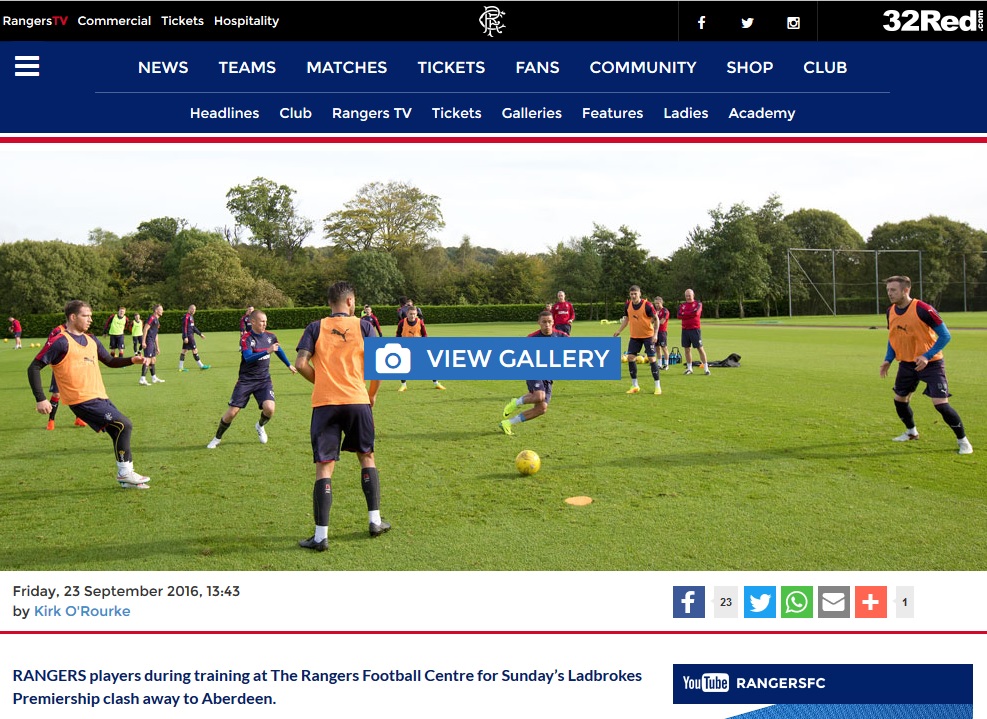 Eagle-eyed Bears will have noticed this oddity on Rangers’ official website prior to the trip to Pittodrie, and the lack of attention on it remains curious.

Rangers’ photographer Kirk O’Rourke as usual capturing the squad in action, but the title of the location at which they trained was neither Auchenhowie OR Murray Park, but rather ‘The Rangers Football Centre’.

It is entirely possible Warburton took his men to one of Rangers’ many schools around the country, hence the title here, but equally why do such a thing when you have a state of the art facility on your doorstep?

Ergo, have Rangers renamed Murray Park to a more club-relevant title without any sense of fanfare at all?

Or is this just a bizarre clerical error on the part of the digital media team and no change has been made anywhere?

An official response as to the formal name of Rangers’ training centre would certainly not be unwelcome.