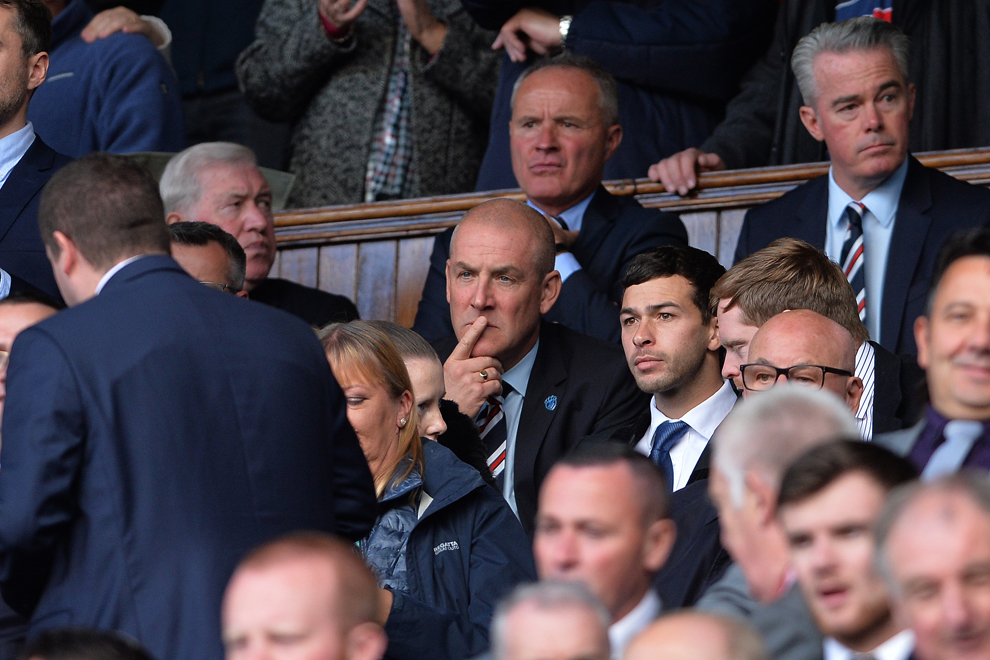 Mark Warburton has had a tough time of it recently – the Magic Hat has felt pressure at Ibrox for the first time following a dismal start to life back in the SPL and for a Rangers support more accustomed to challenging at the top for the title this has been rather hard to swallow.

With an increasingly stubborn reputation emerging, Warburton has asserted that he will not change anything regarding Rangers’ system, and has never admitted any kind of fault on his part since signing up at Govan last summer year.

Until yesterday, that is.

For the first time, Mark Warburton admitted he had made a mistake, owning up to an error and finally implying a touch of flexibility on his part and that very human weakness which is ‘getting something wrong’. He said:

He deserves a lot of credit for holding his hands up and admitting he was wrong – and this is all Rangers fans deserve from their manager when things are not going too well.

If Rangers’ results are good, and the team is smooth, then it does not really matter if an error there or an error here is made, the overall picture overrules that. But when those results and performances are not up to scratch, when things are not going well and a manager comes under pressure, to concede making some mistakes is the kind of transparency and honesty fans need in order to regain faith and trust in their gaffer.

How can you trust implicitly someone who never accepts being wrong?

Halliday has been one of Rangers’ better performers this year; by no means sparkling, he has nevertheless coped better with the step up than many of his colleagues, and had an especially productive day in the middle of the park in his now-familiar defensive midfield role, pulling strings, getting in some excellent defending to support his back four and even managing a goal.

I have not always been his biggest fan, while equally cutting him slack in light of his being out of position all last season, but he has produced this season; hence it was a mistake to drop him and a total surprise at that.

Hence Warbs’ concession of that mistake on top of a solid win yesterday (if not a truly inspirational one, Partick were much the better team until the goal) is extremely commendable and does slightly aid his stock. At least in this writer’s eyes.

It shows willingness to show he is mortal, and capable of making the same gaffes as the rest of us – and shows us a little more trust, by showing a little humanity and transparency on his part.

Asking for a system change is probably too much – he has been steadfast in his refusal to adjust, and even preached the system at his weekend presser along with defender Danny Wilson (who is thoroughly reaping the benefits of the timely disappearance of Rob Kiernan).

But given this borderline seismic shift in willing to admit to being wrong, maybe he is capable of altering other things too.