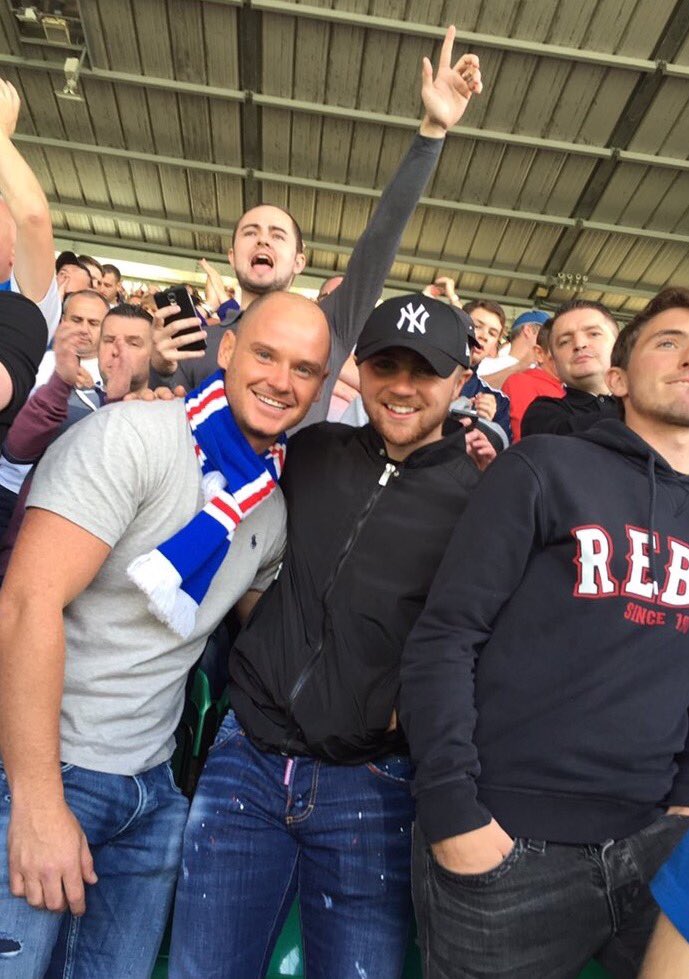 This site has been especially negative recently, albeit quite understandably.

The team nor management have given us fans much to cheer about recently, with both rather letting the club down with poor performances on the pitch and off it, so it is with determination that this entry is about the positives.

True, the results have been patchy, and the displays even more so, but what has stood out as something to build on over this season?

Many doubted this guy was good enough for Rangers, and while his performances last season gave a little support to that notion, it has been a whole new Foderingham this campaign. Already we see him dominating the box, using the ball with his feet, and making some impressive saves. Sure, we are not quite in the realm of his predecessors like McGregor and Klos, but for where the club is right now, Foderingham can hold his head high at how effectively he has raised his game for the leap up in standard.

Alan Hutton (for Rangers, anyway) he is not, but while his defending last season was far from impressive, it has certainly seen a substantial upgrade this time. Sure, he still gets caught here and there, and was undeniably exposed by Celtic as the match wore on, but compared with the haphazard way he played last season (albeit flourishing at the front) he has improved and is looking more robust at the back.

Calm, assured, composed, gritty, strong, and clearly willing to be at One with the People (see photo), Rossiter has substantially impressed when he has started, and will be frustrated at his lack of overall game time. Every inch pinning his game on Gerrard, and resembling Ferguson too, the young Scouser plays years beyond his age with a maturity akin to what we got from Bazza in the late 90s. Deserves to cement his place permanently.

He was good last season – attacking-wise he has arguably been Rangers’ best this campaign already. Will have been gutted to get dropped for the Old Firm, but can rest with an easy conscience knowing he could not have given more or played better leading up to it. Harry is another who deserves a starting place.

Has done nothing but impress in every appearance, be it in the bowels of the new-format League Cup or the cauldron of Parkhead. He is the complete number 10 and his dad is right; Warburton should build around him.

Thought long and hard about including him but the hard fact is while he had a troubled time last season, this time around he has looked much more enthused. Constantly making runs, getting to the byline and cutting back, plus has managed to force two own goals with his endeavours – O’Halloran deserves a chance and cost Rangers a lot of money, so really should get one. His pace is a weapon and could expose many defences. Mind you, needs the right tactic too…

Not been as impressive on the ball as he was, but has contributed with big assists and goals, not to mention defending.

Produced more composed football as an advanced midfielder, and has already been more solid away from the DM role he was forced into last time around.

We have hardly seen this lad, but on the rare occasions he donned the Light Blue he looked completely at ease and surely earned a shot at a regular starting berth.

We know there are miles to go before things are the way they were, and the season really has not impressed anyone, but there are small nuggets of positivity and hopefully they will grow.