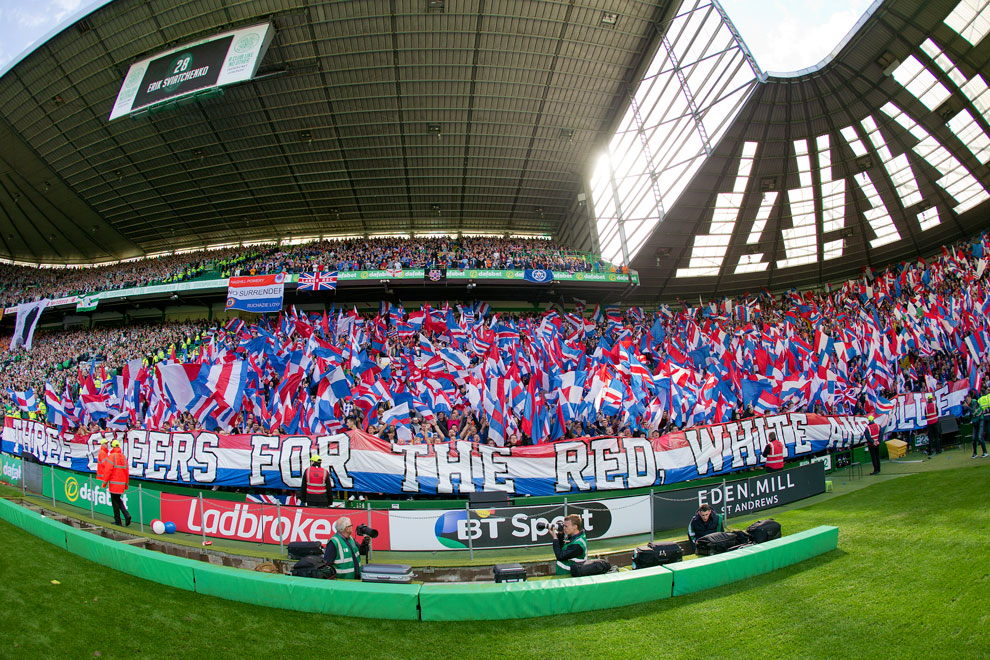 Well we have now gone four days to truly digest the aftermath of Saturday’s dismay at Parkhead and the truth is while a great deal of soul-searching has been practised by the support, the players, and indeed the management, conclusions about how to solve Rangers’ present dilemma have varied significantly and there does not seem to be an obvious answer.

Whatever the solution may be, whether that is time, money, tactical alterations or personnel switches, nevertheless this Saturday’s visit of Ross County to the Hallowed Turf is, in many ways, now even more important than the Old Firm was.

We know Saturday was a bitter pill for all connected with Rangers to swallow, but it is down to those who ply their trade for the club to prove, against all the backlash and criticism, including on this very site, that they can compete against a very solid SPL side and indeed win convincingly.

Ross County are the kind of SPL side Rangers must overcome smoothly to at least mount a solid campaign from which they can build. It is the level of team Rangers have to at least show they are better than if any credibility is to be restored to this beleaguered team and manager because, until now, there has barely been a single positive SPL performance by Warburton and his men, even if they have managed two wins.

Unfortunately that is two wins from five, which is essentially midtable to bottom half form. Two other sides have managed two wins, that being County and Saints, which does go to show that from Hearts and Celtic down, the gulf might not be that wide within the trailing back, but with barely five matches played in this division, things will start to settle over time.

And Rangers will want their bumpy start to be part of that settling in, with the aim surely being top four for now.

But it starts at Ibrox on Saturday; with such poor displays on show when fans expected far better from the squad and the management, a bounce back against County with a convincing display will certainly cut the regime a little slack.

Warburton has professed that there will not be sweeping changes to the team, but rather some ‘tweaking’ which hints at a slight change to the XI and formation, itself a good sign.

It is evident his 4-3-3 vision is struggling in the SPL, as discussed here, and a switch to a more traditional Rangers-style 4-4-2 or perhaps a progressive 4-2-3-1 formation may yield some more promising results.

But whatever Rangers’ boss elects to go with for County (and indeed Tuesday night’s League Cup Quarter v Queens) the team has to start producing the goods, and showing they are the right players and Warburton is the right manager to solve the current malaise.

As it stands, no one at Ibrox has convinced fans of anything.

NB: thank you readers for the corrections re: Tuesday night’s opponents.