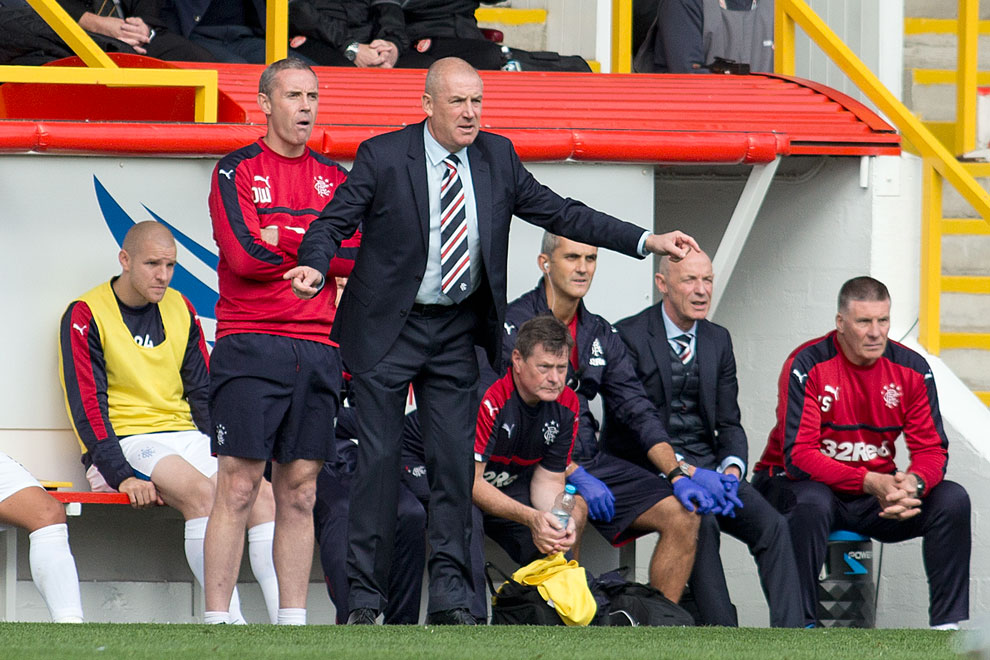 The only thing we can rely on Rangers to be is unreliable, as in current form, we cannot trust them to win three points against any team in the Premiership this season. Even most of the starting X1 are consistently inconsistent.

Some of the problems have stemmed from the penny-pinching summer recruitment policy, but Warburton has given himself a further problem by having too many permutations from which to choose. Rangers fans have no idea what the best starting line-up is, but more importantly, neither does he. We now have too many players to bed into the team and it is proving costly and detrimental to the results.

Our defence has been diagnosed and requires surgery.  But will Warburton bring out the scalpel or merely put a plaster over the haemorrhage? If we can blood 6’ 4” Matt Crooks to operate successfully at the back, then this would go a long way to patching things up. I would expect Warburton to choose 6’ 3” Senderos as his best centre back and Wilson has the potential to be a fine defender, but so far he has been disappointing. Hill will get match fit eventually and can do a job in case of injuries, but I fear that Kiernan is not going to cut it in the top league.

Rangers will not challenge for the league with Tavernier at right back, as he is a liability there and MUST be a wing-back. You only have two choices: play with a back three or play Hodson in a back four and I don’t think the manager will do either. Wallace is not playing well and it is really affecting young McKay’s performances. My suggestion is: if the captain does not improve soon, make Halliday the captain.

But the boss won’t.

For the small amount of money invested, we have a substantial squad of players who must gel quickly and develop a different and winning strategy. Through our predictable play, opponents simply know how to negate our system, proving that good possession is not always the answer to gaining three points.

Currently sitting in seventh place in the league after playing seven games, today’s loss has Motherwell and Ross County ahead of us already. That didn’t bear thinking about prior to kick off, but it’s a reality now.

This end outcome of a massive week for Rangers has led me to compare Mark Warburton to Paul Le Guen who didn’t fully understand the mind-set of Rangers Football Club and due to continued unbearable fan and media pressure, led to his termination by “mutual consent”.

This is Rangers’ history repeating itself.

Hardly the calling card of a manager in full control.

His emotionally charged and ill-thought out media comments leave the loyal Ibrox faithful confused and annoyed. Especially when he said the Celtic game is only for three points then starting whining about decisions today and ignoring how poor up front his side was.

I’m also loathe to quote him but BT Sport’s Chris Sutton said about Warburton post Old-Firm “the job is too big for him.” then went on to say “They’ve just had their pants pulled down by their biggest rivals and he’s coming out moaning about negativity?”

Such results are giving fuel to our detractors in the media.

Speaking of jobs. The management team’s naivety in the Premiership is beginning to tell and their refusal to change their inflexible 4 3 3 tactics could eventually cost them theirs.

But if it came to that, would King and Murray be brave enough to make that call?

At this point, what would you do?