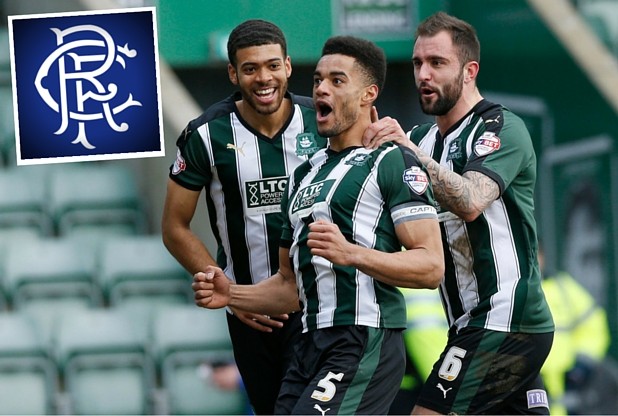 As is becoming customary during these exciting times at Ibrox, Ibroxnoise.co.uk decided, again, to bring you another round up of the latest transfer madness to hit the (Edmiston) street (Drive).

Another day, yet more names, some less believable than others. On top of the obligatory and on-going names which keep appearing like Danny Graham, Grant Hanley et al, here are the brand new ones to appear on the rumour mill.

After the Joey Barton episode, it is simply arrogant folly to dismiss any tall-sounding transfer tale, especially one about a former England international who never quite reached his true potential and was held back by his antics on or off the pitch! Yes, Aston Villa’s controversial striker seems to have been around forever, and today was mentioned in the same breath as Rangers; probably absolute hot air but the “Barton Fallacy” teaches us never to completely discount a tale now, no matter how absurd.

Plymouth Argyle’s captain at only 23, this promising, up-and-coming centre back ticks a lot of the Warburton boxes – an ‘untapped gem’ from the lower English leagues (League 2 in this case, a division which gave us the Accrington pair). He is out of contract but has been offered a new deal, and it is left to the so-called ‘Beast’ to opt to remain down south or take up the apparent deal Warbs’ men have on the table for him.

As broken here earlier, sourced from Turkish press and social media, Trabzonspor’s 29-year old Costa Rican stopper has supposedly been sounded out as competition for Wes Foderingham. He is an international, and has a more than decent pedigree, with hefty experience in both Turkey and Holland.

Newcastle’s near-30 year old stopper has been offered an extension by manager Rafa Benitez, but it is well documented that he visited Murray Park and Parkhead over the past 24 hours before trekking off to Turkey. A player who has thoroughly divided Rangers’ fans over his merits, ‘In Warbs We Trust’ has rarely been so valid when it comes to this polarising centre back.

Who next one wonders?