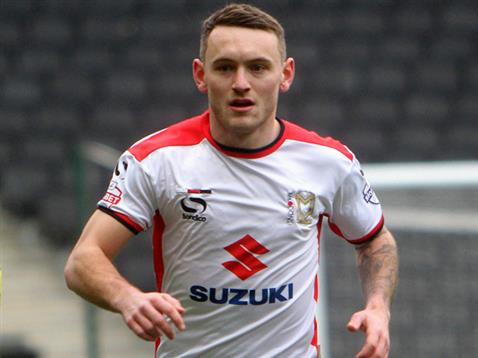 Richard Fillingham
Lee Hodson was born in Borehamwood, England, but is eligible to play for Northern Ireland as he bought an Ulster Fry once, and ate all of it, therefore he qualified at first time of asking. He is a 24-year-old versatile 5’ 8” full back, who played 17 games on loan from MK Dons to Kilmarnock last season in the Scottish Premiership. He is obviously being brought in as defensive cover for our attack minded James Tavernier, who also plays at right back.

Between 2009 and 2012, Lee made 86 appearances for Watford in the English Championship
playing mainly at right-back, but on occasions he did deputise at left-back, when Lloyd Doyley, the regular full back was injured.

On 22 November 2012, Hodson joined English League One team Brentford, on loan until the 8th of January. He did so well during his 7-week loan deal, that Lee was asked to extend his loan period until the end of the 2012–13 season, when he managed to appear in 18 of their matches.

On 20 July 2013, Hodson joined MK Dons from Watford on a free transfer in a one-year deal, for the Northern Ireland full-back. He was only 21 at the time of signing, and he could stay with the Milton Keynes side until 2015, with the club’s option to extend his deal. Manager Karl Robinson was quoted as saying:

“Lee fits into our transfer policy – he’s young and ambitious but has the experience of over 70 Championship starts. He already knows League One from his spell at Brentford last season and I believe he will add great competition for places in our defence.”

After featuring in 51 games for MK Dons, Lee moved on loan to Kilmarnock on the 1st of February 2016, to play in the Scottish Premiership league, until the end of the season. He played at right back and managed to play in 17 games before his contract ended.

Lee was thrilled to be part of the Northern Ireland EURO 2016 squad. Unfortunately, he did not feature in any of the four games played in France, before they were knocked out by Wales, in the last 16 of the tournament.

What a magnificent opportunity for Lee Hodson to wear the red, white and blue of Rangers and to play his home games at the famous Ibrox Stadium, in front of the best fans in the whole world!