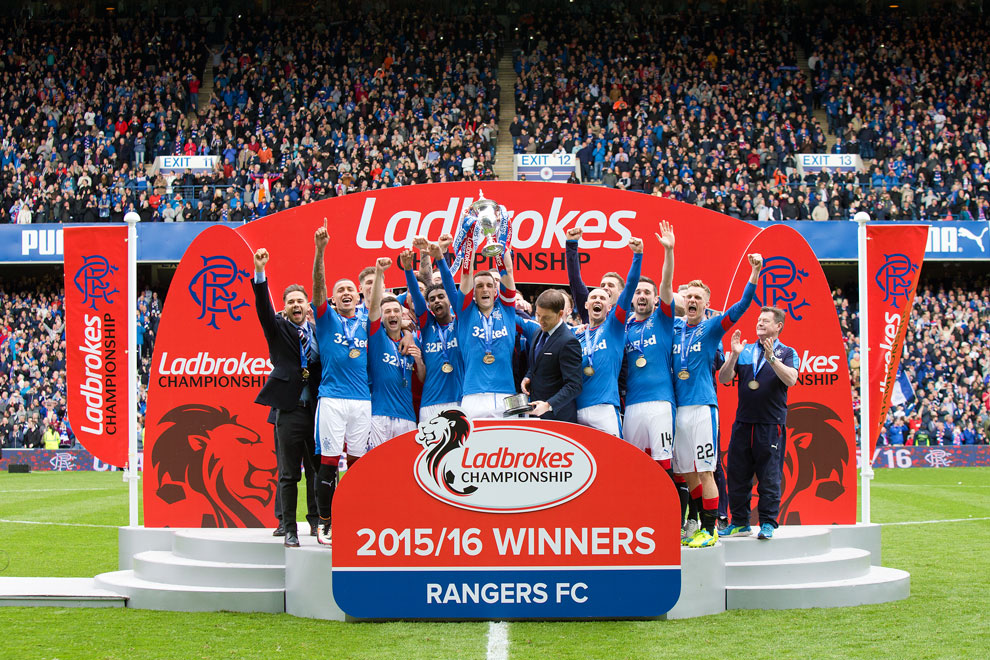 In times of ‘struggle’ last season one of the most prominent questions many fans asked was did Mark Warburton have a plan B?

As we all know, his quote originally was that “the best Plan B was to do Plan A better” – a very neat soundbite but ultimately Rangers had three form dips throughout the campaign (Late September to December 28th, late January to late February, and lastly the notorious post-Old Firm win dip) which saw, at the time respectively, questions being asked about a different approach when things were not going Rangers’ way on the pitch.

Post the season title triumph, Warburton was interviewed by Darrell Currie on the Ibrox turf following that disappointing draw with Alloa which ultimately gave Rangers the title, and was asked if he intended to take a different tactical approach for the Premiership next season.

His answer was an unequivocal “no”.

There are two schools of thoughts over this particular debate.

The first is to look at the proof Warburton does not need a plan B; for example, he managed promotion at the first attempt with Brentford in League 1 using his approach, and was only a slightly weaker squad off getting it the following season, ultimately losing out to Middlesbrough, ultimately finishing a very respectable fifth in the strongest second tier in world football.

The following season saw promotion with room to spare at Ibrox, a stroll in the park as, despite those aforementioned form dips, Warbs’ Rangers still absolutely stonked the league.

The biggest justification of Warbs’ tactics is not last season at Ibrox, but the prior one at Brentford. In a far stronger league than the Scottish Premiership, Brentford, with the weakest squad of the top half of the table, nearly got promoted. In other words, Warbs’ approach, with a less lavish squad than many of his peers, still succeeded in a much stronger league than the one he is about to embark on. And to further enhance this point; next season he will have a better squad to choose from – especially the likes of Joey Barton, Jordan Rossiter and Barrie McKay, to name just three.

However, there is a negative, and this is the other side;

Warburton is very stubborn, and some of his tactics clearly did not work in the Championship in individual games. The Championship in England is a much more footballing division than either its Scottish counterpart or the SPL, and Warbs’ approach was well suited to it; the SPL is a different animal which will see not only teams playing much more defensively akin to the Championship’s bottom teams like Dumbarton and Livi, but the inescapable truth that Brentford were a small fish in a giant pond and punched above their weight partly in thanks to being an unknown and unheralded quantity, not unlike Warbs himself at the time.

Next season will see Rangers as the big fish in a small pond with every team out to get a piece of us, and a point at Ibrox will be seen as a victory by many. In short, the psychology of the two situations is very different and it remains to be seen if Warbs’ current approach will be appropriate for the SPL or if he will require to adapt his tactics to handle opponents playing in a very different fashion to what he was used to in England.

The Magic Hat did indeed have a trick up his sleeve last season, but he has now shown his hand and next campaign will see better quality teams better prepared to handle him and his players.

It is up to Warburton and the team to show they are up to emulating last season.