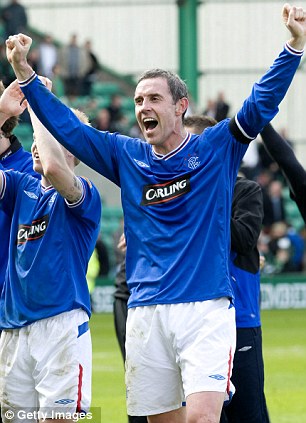 With Rangers achingly close to sealing the Championship title and a long-awaited return to the Premiership, few could deny the backline has recently let the side down.

Following that shutout versus Dundee, a clinical result which gave every Rangers fan serious optimism their side could cut it in the top flight, Mark Warburton’s men have shipped 10 goals in only four matches.

While there was little sign of what was to come when just one was lost when Morton came to town, the subsequent three games in a row have seen three goals leaked at the back in a very sudden and dramatic loss of form for the rearguard.

Admittedly Rangers’ defence has been a source of contention for the lion’s share of the season – while there was a period in February of thorough frugality in that area, the past three matches have seen a worrying slide into lazy positioning, haphazard defending and needless penalties.

What is clear is defence is bipolar – as capable of being watertight as it is of outright sinking, and one theory is a lack of seniority in the centre. With Danny Wilson at only 24 and his partner Rob Kiernan barely any older at 25, only Lee Wallace at left back is that little bit older at 28 and he is not in a position which lets him lead the line as effectively as a centre back.

In short, a wise older head in the middle, a ‘David Weir’ type is needed, someone who has been there and done it and can lead the line with wisdom, experience, and a commanding presence.

Rangers’ central defence lacks a senior alpha leader – someone trustworthy to instruct those around him. Neither Kiernan nor Wilson are bad defenders, but neither can lead and against better quality opponents, more often than not, that is being punished.

The past three matches have all been against decent sides; Falkirk, Raith and Queen of the South. In all of these matches Rangers’ defence has capitulated, something a wise owl might be able to prevent.

The lack of proper defensive midfielder too is a hindrance, but it has to be said auxiliary DM Andy Halliday had a truly massive second half yesterday, and even that was not enough.

Warbs knows his defence is a serious headache right now, and has stated a CB is a priority this summer.

The truth is if the Rangers who showed up against Dundee appears against Celtic, they will have a real shout – the defence that day was solid, reliable, well-organised and methodical – the Premiership’s second top scorer Kane Hemmings was completely impotent that day.

But if the Rangers who have been leaking goals recently is the one to appear at Hampden on the 17th, frankly the result goes beyond unpredictable. This Rangers can score, lots, in fact, but it is letting them in far too easily at the other end too.

We shall see how Warburton’s Magic Hat sorts this one out.