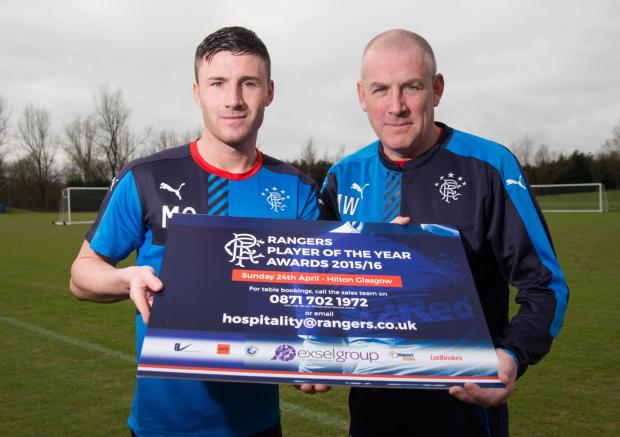 Yesterday, Rangers launched the official Player and Young Player of the Year vote – giving the fans over two weeks to pick their favourite player from each category so far this season.

Whilst this season the vote reflected a plethora of sparkling performances, as opposed to last season’s meaningless vote of misery, there were a few anomalies in the original post, albeit it more in the POTY rather than in the Young POTY. In the interest of clarity, here are the original 5 POTY candidates set out by the Club:

The most glaring issue is that our top scorer is not included in this list. Not only has Waghorn outscored everyone, he has also been excellent in his build up play and his all round game makes him more than a worthy shout for a vote. This site ran a vote recently, in which Waghorn came 4th with 11% of the vote, behind Wallace, McKay and Holt respectively.

The club have since opened up the vote so that you are able to vote for anyone you like, but the original omission of Waghorn does raise questions. It is perhaps on the other candidates, but in my opinion Waghorn has definitely had more of an impact this season than Kiernan or Foderingham; who have both played really well, but with the greatest respect, in the Scottish Championship, a team of our size should be able to get by with any old keeper and back line.

Without Waghorn’s contribution this season, we would be 6 points worse off in the league – not to mention that we would have a considerably smaller goal difference. He also helped propel us on to the Scottish cup quarter final.

Whilst it is not a massive issue due to Rangers’ evolved position on the voting, it still begs the question why was he left out of the original poll. Do you think he should have been included?

James Tavernier also missed out on the cut, and whilst this is perhaps a reflection of his recent performances, we cannot forget how much he dazzled for the first part of the season.

If you have not cast your vote yet, you can do so here: http://rangers.co.uk/news/headlines/player-year-2016-voting/