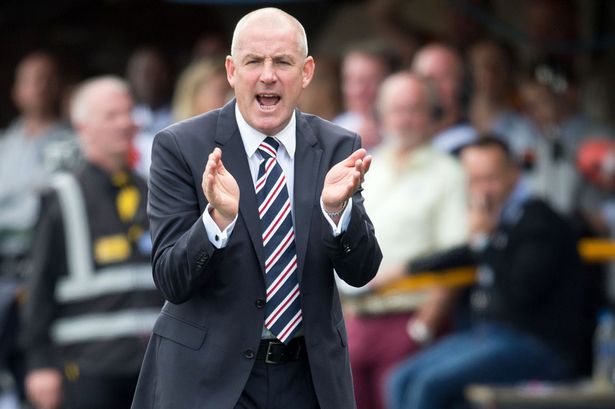 Mark Warburton is universally adored by all Rangers fans around the globe, and not because he has come to the club as a high-profile boss who sees Rangers as a large paycheque with the side-challenge of managing in the gold-fish bowl that is Glasgow. Rather, he has come to us as a bright prospect with a vast amount of managerial potential. Having plied his trade in the national leagues as a right-back, he went on to work in London’s Square Mile as a city trader with RBS and AIG amongst others. The latest chapter in his life was to return to football, this time as coach for a local school team. He developed a great knowledge of the game as he travelled to watch European giants such as Barcelona and Ajax, studying them closely to develop his own ideas.

After being appointed the sporting director of Brentford, he soon became the first team manager. During this time, he took the newly promoted Championship side to the brink of promotion to the Barclay’s Premier League. This was by no means an easy ride, and the difference in levels between Scotland and England can be summed up by how Neil Lennon took Bolton to the brink of relegation during his time there!

Despite all this, the rest of Scottish football seem to regard Warburton as some sort of ‘outsider’. The media would appear to have an agenda against him in the sense that he is often faced with the same feeble questions apparently in the hope that he slips up or perhaps says something that the press can use against him. Coupled with that, we have fans of other teams who constantly take to social media to question Warburton’s credentials. It is difficult to ascertain whether or not they are doing this simply because he is the manager of Rangers, or if they genuinely believe that he is not worth his salt as a football manager.

I find it very difficult to comprehend it being the latter issue, simply because of the way he has transformed us and without doubt has us playing the best football in the country. Mark Warburton is the man responsible for setting Rangers back on the way to the glory days, and this fills the rest of Scottish fans with a misplaced hatred just because they cannot accept that we are alive more than ever.

Ally McCoist kept us going through the dark days, but Mark Warburton is truly who we have to thank for bringing Rangers back from the abyss.