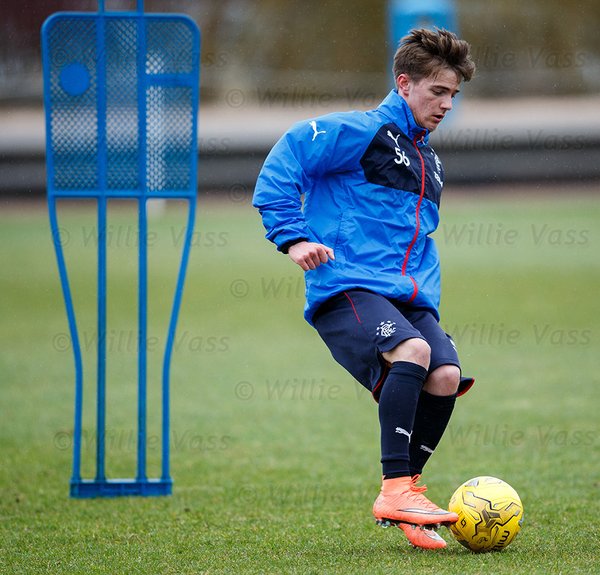 The veteran snapper captured the 16 year old forward going through his paces at Auchenhowie, and time will tell if manager Mark Warburton deems him good enough for a youth deal at Ibrox.

Naturally this would presumably be an academy recruit, and Knox boasts two benchmarks; he was Livingston’s record-breaking youngest player ever to play when he featured against St Mirren last year, and he recently trialled at Louis Van Gaal’s Manchester United.

The attacker has also trialled for Nottingham Forest and evidently with such well-known English names after his signature, it would be an impressive coup for Warburton to sign him up now.

Rangers have an impressive academy and while youth is being used sparingly within the first team, the setup is all about building for the future and Knox could well be a part of it if he impresses.