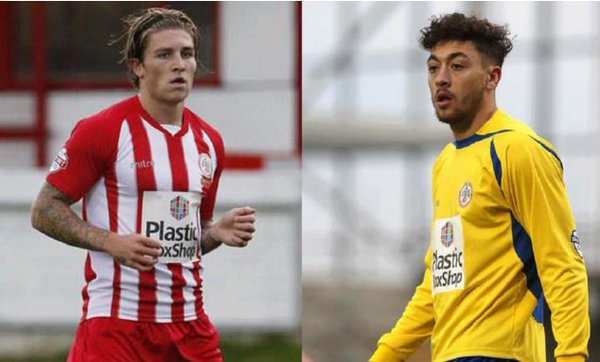 A recent theme on Ibroxnoise.co.uk has been to focus on the future, in context of on the pitch, and potential improvements and tweaks Mark Warburton can make to his existing personnel.

One area of the pitch which promises a great deal of excitement next season is that of midfield. While defence remains slightly uncertain and attack remains an embarrassment of riches, midfield is genuinely fascinating, when looking at both the existing squad members and potential arrivals.

Here is a player-by-player projection of what Warbs has (and could have) at his disposal next season, and a look at the depth Rangers may well boast in that area come the end of the summer.

Already confirmed as a Rangers player this June, Crooks is Accrington Stanley’s well-established defensive midfield anchor. Aged only 22 he is all about potential, and while equally capable in both defence and attack, Crooks’ primary slot is the holding role in the middle, a position Rangers are frankly bereft of choice for. His arrival this year will be most welcome, and he is sure to become a regular there.

The former Bradford man and boyhood Rangers fan has had to tolerate a season out of his natural attacking midfield position, with fleeting appearances more advanced up the pitch to accommodate Dominic Ball in the holding role. Otherwise the deeper position has been Halliday’s, and he has admitted it is not his preference. We hope to see him settled in an advanced role next season, although his starting slot might not be guaranteed every match with the enhancements Mark Warburton is set to make.

He has just been an outstanding capture – one of Rangers’ contenders for Player of the Year, the playmaker got better and better as the season wore on, and at present is easily ready for the step up to the Premiership. He can be nigh-on assured of keeping his place in the side.

Talk is strong that this deal is imminent; a loan capture for the long-targeted 20-year old Tottenham central midfielder to be sealed this summer. Winks has not broken through at White Hart Lane yet, although with Spurs sailing high in the EPL, it certainly is not the time for Mauricio Pochettino to blood newer players into the first team. Winks would be a thoroughly welcome addition at Ibrox, if this one gets over the line. 22 youth caps for England does demonstrate the quality he has.

His departure is far from confirmed yet, and although unlikely, his winning a new deal would give Rangers continued depth in midfield from a player capable of delivering. Law’s problem has been consistency – his inability to produce under McCoist, McCall or McDowall has forever prejudiced him to the eyes of Rangers fans. While there have been notable improvements this season, the consistency has not followed, and he has continued to find himself benched nearly every match, only starting about one in seven at best. Law is the type of player who looks like he plays for a new deal, and once he gets it, would get complacent. But we will see whether Warburton deems him worthy of one.

His father, Aberdeen legend Dean, describes his best position as being one of the three in a 4-2-3-1 formation. Basically this makes Josh adaptable to both attacking midfield, and the attacking trident up front. He can therefore fill around four or five slots, and his adaptable quality, evident given Warburton was keen to snap him up along with Crooks, will make him invaluable to both attack and midfield. Aged only 22, he is extremely highly rated in England’s League 2, and it seems unlikely he would struggle with the step up to a club the size of Rangers.

Shiels’ time is uncertain at Ibrox. Out of contract this summer, he has been a useful ally to bring off the bench for impact purposes, but has struggled when starting. With age well against him (31 years old), Shiels may consider his future this summer away from Ibrox with a starting berth desired for a smaller side perhaps modestly placed in the Premiership. Either way he has been a fairly decent servant at Ibrox during these tough four years, and has most certainly shown some quality now and then, but it is unlikely Warburton would want to retain him.

After an excellent start, the Arsenal starlet has faded dramatically from Warburton’s first team – injury has certainly contributed to this, an ill-fated camp last October with his US national team leading to one such travail, but in general Zelalem has failed to convince by and large and it is hard to see his loan being extended. However, there is potential there and Warburton is clearly capable of gleaning it out. Should all parties choose to continue the relationship.

With Andy Murdoch to return from Queen of the South as well as the likes of Jordan Thompson and Tom Walsh set to come back too, Rangers should have no lack of depth or quality in midfield next season.

It is well worth looking forward to.