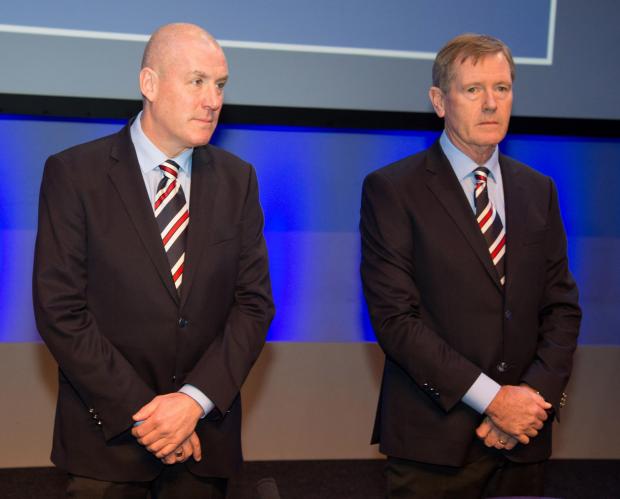 With work beginning in earnest to secure next season’s squad, a serious question of budget arises.

Rangers do not expect to spend the figures of old such as upwards of £3M any time soon, but with recent signing Michael O’Halloran’s fee starting at £350,000 and rising to £500,000 based on various clauses, a competitive Rangers which can do the name justice in the Premiership is certainly desired by all those of a blue persuasion.

And to acquire such a quality of squad, are Rangers ready to really splash out on their first £1,000,000 player since admin this summer, whoever it may be, in order to upgrade the squad?

Naturally, most fans’ reaction to this is to trust the manager whatever he wants – and rightly so. It is thanks to Mark Warburton Rangers are in the enviable position of being miles clear at the top of the table, blip at Falkirk notwithstanding.

But if this means bidding a six-figure sum nearing a seven-figure one, on one player, to achieve the upgrade to the Premiership, are fans still content with such action? Are they ready for it – knowing that player might be judged differently to the rest?

Naturally this is conjecture, and as yet we have no way of knowing exactly what The Magic Hat’s summer window budget will be, but as Rangers close in on the top flight, there will come a time in the future, when in order to be serious about competing for the title, the likes of a seven figure sum will start to become a standard necessity, rather than an immediate risk.

Rangers have lived mostly on loans and Bosmans for four years now, making the idea of a marquee purchase beyond the expense of that laid out for O’Halloran quite an alien and slightly concerning notion.

The subject of spending within our means is rightly paramount, and never again should Rangers spend recklessly as in days gone past – but as the team mounts a challenge to compete credibly in the SPL, is a million pound player required as part of the armaments?

It is, of course, a rhetorical question; whatever Mark Warburton wants this summer, he will surely be granted, within reason. Warbs knows Rangers are not lavishly funded, and his skills have been with finding promising young loans and rejected gems from elsewhere, along with some excellent pre-contracts.

But in order to make that vital step up, to take the final push into the frontier of high-end SPL action, it may just be that he and chairman Dave King feel getting a player who comes close to that seven figures in value is vital as part of the long-term assault on the top tier.

Warbs has often talked about only getting players who add value, so spending around a million on one would surely take a very special case this summer – but it surely is not out of the question, if that is what the manager desires.