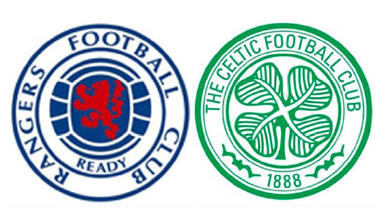 With Rangers due to clinch the Championship title within six days or even two, attention turns to two significant upcoming cup clashes; the Petrofac Cup Final versus Peterhead on Sunday week at Hampden, then the big one; Rangers v Celtic a week later at the same venue.

Rangers should win their first cup silverware in many years against Jim McInally’s men, but with today’s ballot for the following match being prominently in discussion, this entry focuses on the first Old Firm clash since February 2015, and Rangers’ chances against their bitter rivals.

Rangers’ display last year against Ronny Deila’s outfit was something less than pathetic. Management who did not want to be there, players who were ill-befitting of the shirt (Kyle Hutton and Ian Black started for Rangers for God’s sake) and messy board shenanigans made for a forgettable and dire afternoon where Rangers were comfortably put away. Celtic barely left first gear to do it.

The situations at both camps have changed a lot, with momentum swinging squarely into Rangers’ path. Progressive, dynamic and well-regimenting new management, a hungry and youthful new squad and a Championship title in the bag with the guaranteed promotion that comes with it, Rangers are most definitely on the rise with building momentum and a feelgood factor among fans.

Meanwhile at Parkhead most Celtic fans now loathe their manager, decrying him for deteriorating their club such as getting knocked out of Europe a world record five times in two seasons, and for failing to take advantage of Rangers’ absence from the top flight by cementing their position as Scotland’s top club. Instead they sit only four points clear (with a game in hand) in a division which is supposed to be a one-horse race.

No one would pretend that Celtic and Rangers’ current squads are equal – Celtic have the better players and sit at the summit of Scotland’s top tier.

But Rangers have something Celtic completely lack – impetus. Rangers have taken their fall, suffered three years of misery, and this season have scrubbed it all away clean and rebuilt into something fans can believe in – something which works for its manager, its supporters and everyone connected with Rangers. Something which, next season, will see investment rise, income rise, even better players arrive and in time a slow but sure return to the top.

Meanwhile Celtic just stagnate or even decline – it is a club going nowhere.

This is not to say Rangers will win on the 17th – on paper and on the pitch Celtic remain the better team. But in a one-off cup match, look how Rangers blew Dundee away. There is no reason that cannot happen against Celtic too.

The players just have to believe in themselves – and a victory for Mark Warburton would be the biggest response to the likes of Neil Lennon mocking him.

Let us make both happen.