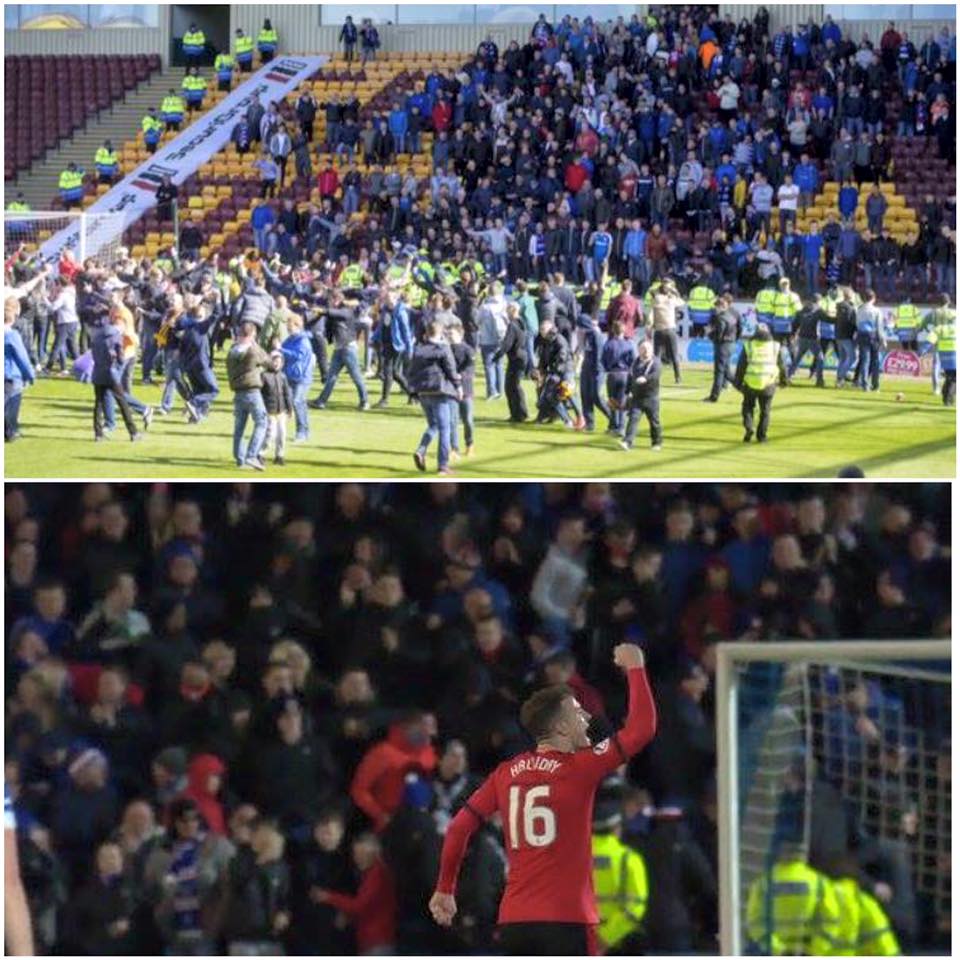 I have deliberately kept my counsel on the Andy Halliday incident until now, for knee-jerk reactions emotionally charged delivered soon after an event are often riddled with bias and a cloudy mind.

As is now ‘legendary’, Halliday appears to have been given a second yellow card for merely celebrating Rangers’ superb second goal, a card which obviously led to one of the most farcical sendings off in recent memory.

It has been widely mocked in football circles, with, naturally, the most sensible views coming outwith Scotland; not least of all former manager and now Sky Sports’ pundit Ian Holloway’s straight to the point observation over the incident:

“What is football coming to?”

In short, this episode continues a long-running narrative which, even to the most paranoid supporter, has enough evidence to give its existence sincere credibility. That narrative appears to attack Rangers and everything associated with the club, a theme which has run since before 2012’s admin, and which saw that dark period escalate it to the present day where there is now a real tangible agenda which victimises Rangers.

Feel free to call me paranoid, or a fantasist – I have heard it all before, often from fellow Bears, but even my most ardent critics and Rangers’ most staunch enemies would admit the agenda against the Club, even if only to themselves.

Let us just rattle off a few obvious examples:

Yes, there is a supposed investigation underway into Celtic supporters’ behaviour at Stranraer, but expect that one to disappear pretty quickly.

The reality is evident from these numerous incidents, and thankfully we have organisations like the Union Bears and Vanguard Bears who continuously defend the Club and its supporters from agendas like these.

Because no one else in Scottish football will.

NB: The Herald today apologised for the conduct of one Graham Spiers, who made some unfounded claims about Rangers’ board. Those who label this article ‘paranoid’ may wish to read that apology.