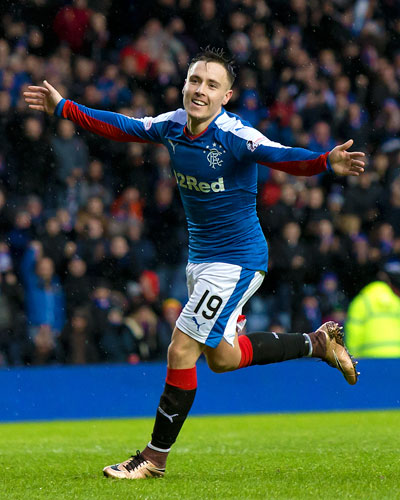 The story of Barrie McKay’s time under previous managers has become something of infamous folklore.

Dismissed by all three of Rangers’ managers since he broke through in 2012, McKay’s ability was shunned and his potential ignored, as he found himself constantly out on loan when he should have been where he belonged.

While he made a few appearances under his first senior manager in Ally McCoist, he dropped out the picture and disappeared into loan obscurity, when even a blind man could tell from his displays in the Third Division that he had plenty of talent.

No, quite simply McCoist did not like him, and oddly enough his successors did not either; it is a damning indictment of Kenny McDowall too that he did not have the courage to recall the lad from Raith Rovers, instead condemning him to yet more purgatory in Fife.

When Stuart McCall got the reins, he surely had the power to recall any loanee he liked, given how loans work – but elected not to. Perhaps that was not in his remit, and I do the man a disservice, we will never know.

But evidently, Mark Warburton rated him. McKay’s fourth manager at Ibrox was the first one to see what every fan could, and the lad has flourished into a truly excellent young winger ever since.

Nearly ever-present under the Magic Hat, McKay has blossomed, and his renaissance was never more summed up than by his supreme display on Sunday – his goal was quite sumptuous.

As for as home-grown talents go, McKay is up there as one of Scotland’s best, and Rangers really are blessed to have such a professional on their hands.

He is living the dream and he is making up for every minute of lost time.