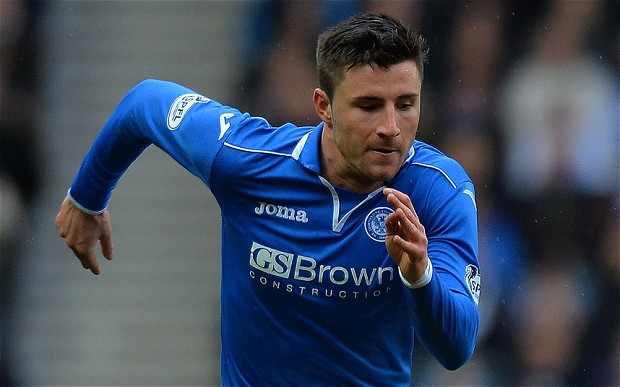 The former Bolton and Tranmere forward impressed hugely when the two sides met in the League Cup, and is said to have piqued manager Mark Warburton’s interest as a result of his display.

The Glasgow born finisher, who supported Celtic as a boy, made a few waves with some comments in the press before and after his side’s victory at Ibrox, making this further development slightly left-field to say the least, but then there is quite a bit of previous recently for supposed boyhood fans of one Old Firm side to then sign with the other.

Rangers are most definitely on the look-out for a striker come January, and while the former Sheffield United attacker is more recognised as a forward in the mould of our very own Martyn Waghorn, his clinical finish to seal Rangers’ fate during the sides’ meeting suggests he could, in a football sense, be a valuable addition.

He is, however, under contract, having triggered an extension taking him through to summer 2016, so St Johnstone would require a fee.

Whether his signature would be welcomed with open arms by supporters, though, given his background and public comments, is another question.