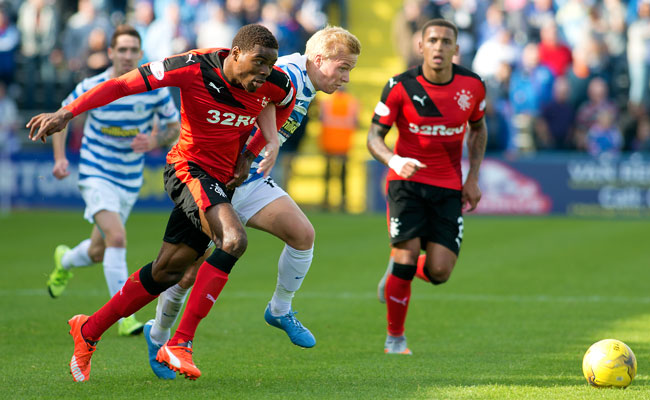 Rangers wingers Barrie McKay and Nathan Oduwa (on-loan from Tottenham Hotspur) have been given free license to ‘go at them’ when it comes to attacking opposition sides, Mark Warburton has admitted.

The two youngsters on the flanks, performing so admirably this season, have been given carte blanche to express themselves and dribble, attack, run, and feel completely free to hurt opponents in any way they like.

“We spoke to Nathan about taking on one on one; the likes of Barrie McKay and Nathan running at you at pace it’s hard to mark, hard to play against and you get your penalties.”

It is more evidence of the free-flowing attacking style Warburton is instilling in the team at Ibrox – and echoes the sentiments his former charge at Brentford Alex Pritchard eulogised about his old Bees’ gaffer when stating he had been given pure freedom to express himself while on-loan (from Spurs) at Griffin Park. And White Hart Lane’s Oduwa’s manager Mauricio Pochettino will be delighted to know his young attacker is not being shackled while similarly away from Spurs.

It seems everyone is being afforded that opportunity and Rangers can only benefit from it.