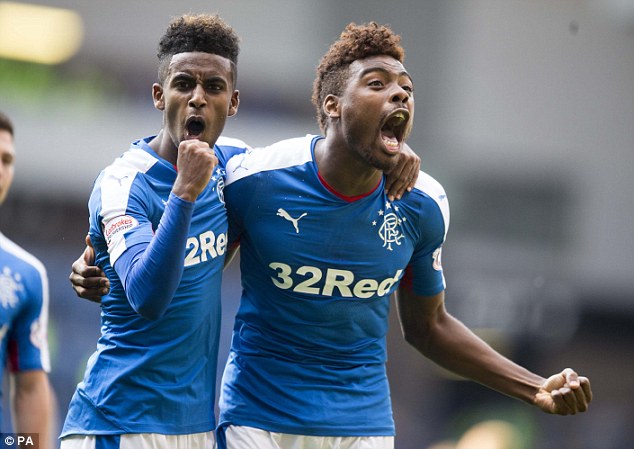 When Rangers failed to snatch former Hibs’ playmaker Scott Allan, it was regarded as a major blow by many of an Ibrox persuasion, certain that the team needed him to solve the ‘regista’ problem plaguing the midfield.

Rangers, put simply, lacked a deep-lying playmaker – or the famous ‘Pirlo’ position; the kind of player who could dictate the pace of the game, slowing it down or speeding it up as and when needed, who could pick out the right pass, bring others into play and critically put his foot on the ball.

From absolutely nowhere, manager Mark Warburton pulled not just a rabbit out of a hat, but the magician’s assistant and half the stage props too when he persuaded Arsenal manager Arsene Wenger to loan 18-year old USA youth international Gedion Zelalem to Ibrox until January, with a potential extension based on circumstances.

The Emirates’ youngster was recently rated one of the top 10 young players in the world. Yes, not just in the English Premier League, but the entire globe, a globe which includes similar stellar leagues such as La Liga and the Bundesliga, with the famous quote from his ex-youth coach Matt Pilkington describing that he “dribbles like Iniesta and passes like Xavi”.

It is high praise, and going by what we have seen since his loan spell at Ibrox began, it does not even look like an exaggeration. With several assists to his name already, and an uncanny knack of finding acres of space where none should exist, Zelalem has slep-walked through life in the Scottish Championship so far, where he is evidently one of the best players in the league – his competition for that accolade probably comes from his own team mates.

All those ‘hype’ YouTube videos which made the Arsenal kid look like Andrea Pirlo, Xavi and Iniesta rolled into one – they were not inaccurate.

Of course he still has some way to go – he is only 18 and learning the game, but if this is how impressive he is before his 19th birthday, wonders do not cease as to how good he will be in four years time.

Gunners; when your star midfielder Gedion Zelalem is dominating Champions League opponents in four years and carrying a multimillion price tag on his head, remember your good friends Rangers and what we have done for you and him.

Thank you now for giving us him, but you will be thanking us back in a few years.