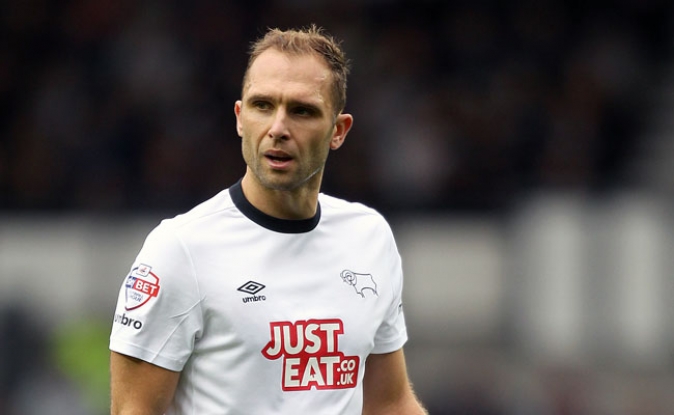 With the summer transfer window
well underway in earnest (is it not nice to be discussing this stuff these
days!), Ibroxnoise.co.uk felt it a worthwhile idea to take its readers through
the trialists currently going through their paces at Murray Park, and leave it
up to you as to whether you want said individuals to win a permanent deal or
not.
Today we learned John Eustace joins the others in trying
to win a deal, but as examined earlier on this site, the conditions of his
trial are certainly a tad more unique with Rangers under the spotlight every
inch as much as he is. But what kind of player is Eustace?
At 35 he is certainly no spring
chicken, but every single Derby
County fan interviewed
about Eustace said the same thing; their season took a serious turn for the
worst when Eustace succumbed to a serious injury in January. Prior to it, Derby had won 8 of 12
including a 5-0 thrashing of Wolves. After it that dipped to 6 wins in the next
12, and indeed Derby
went through the whole of March without a single win, the absence of their
holding DM a critical factor.
Eustace has quality, and fans,
despite his age, may just hope Rangers and he can come to agreement because he
could well be the kind of lynchpin leader in the middle the Ibrox men have
sorely lacked.
Moving on, former Murray Park
youth product Andy Halliday continues
his trial at Auchenhowie. Midfielder/winger Halliday, 23, has had a pretty
solid career in England,
with the main plug on his CV being a spell at the Riverside
with Middlesbrough, along with loan spells at Bradford and Blackpool, but
naturally he is experienced in Scottish football with 24 months at Livingston which saw double figures of goals in under 50
appearances. Halliday can score, quite essential for a primary flanker, but is
versatile enough to play centrally too, with the left side of the engine room
his preference.
Lastly is the right back Mark
Warburton is keeping a keen eye on, Reece
Wabara (also 23). Another free agent, Wabara is widely regarding as a
dynamic ‘flying’ full back, with pace to burn and no lack of skill. Think of,
let us be honest, a rather poor man’s Dani Alves and that is the right track.
He quit Doncaster Rovers on grounds, essentially, of ambition, and his resume
boasts spells at Ipswich and Blackpool on top of Rovers and it is safe to say
if he impresses, and Warburton’s words suggest he has, Wabara would be easily
first-choice right back for the one area of Rangers that is most definitely ‘new-look’,
that of defence.
Expect more activity at Ibrox
over the coming weeks, hopefully rending Rangers ready for Hibs on the 25th.