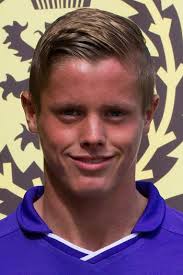 Rangers will be taking in a new
trialist today in the form of former Livingston
youth player Ross King, younger brother of Adam and Billy (former Hearts
winger).
Still at a mere 16, the youngster
has been invited to train at Murray
Park and will be coming in
with a hope to impress enough and earn an Academy Contract with the U17s.
Best used in midfield, King would
be a further addition and continued development of the youth Academy senior
manager Mark Warburton is so keen to see flourish.
Naturally, King is simply a lad,
and a mere prospect at this moment in time, but with the rather promising
pre-season the youth program has enjoyed this summer, he would be in capable
hands under the watchful eye of U17s coach Billy Kirkwood, overall Head of
Academy Craig Mulholland and of course Warburton himself, giving him every
chance of making it if he impresses enough.