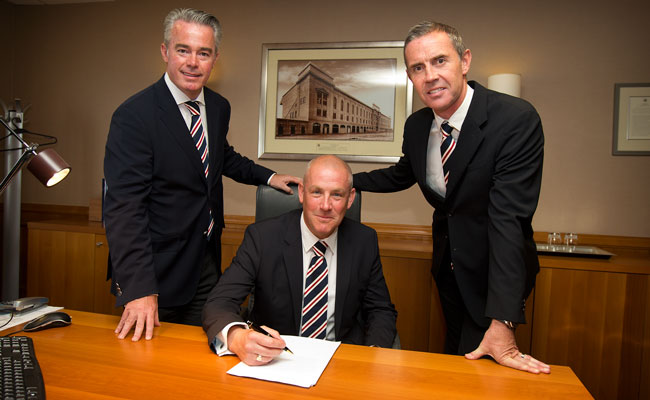 No one in their right mind will
deny it; on 31st May at 17:00 hours, the world had collapsed for
Rangers fans. Not only was the team officially stuck in the Championship for
another year, but it was barely worthy of the word ‘team’. Rudderless, weak,
and a sham of a squad, with no obvious horizon to aim at ahead of it.
Rangers had been put back another
year of progress, and the future felt rather ominous for supporters,
long-suffering fans who seemed set to suffer at least a further 12 months of
pain.
Skip forward 16 days and things
look a lot brighter, and in fact,
are beginning to look like remaining in the Championship was the real promotion.
We all wanted to be back in the
big time; financially it was critical, and in a football sense it is where Rangers
need to be. Now, while the former remains entirely true, the latter is an
oxymoron now, and, although hindsight is the mother of arrogance and delusion,
for once, this time it is not.
So, why was failure to be
promoted the best outcome?
Having not been promoted Rangers
have had the chance to make three gigantic changes, and spend 12 months
rebuilding and getting it right before the serious
stuff begins next year.

Those three changes are new, quality, permanent management; the shedding of a
glut of absolute dross on the playing squad, and the impending acquisition of a
nigh-on new team by a manager with a vision.
Permanent management:
Mark Warburton & David Weir
can be trusted. Warburton is a smart, wily, sharp, and ambitious manager who
has achieved an astonishing amount in only 18 months of senior management,
beating Arsene Wenger & Jose Mourinho, among others, to 2015’s London
Manager of the Year award, for starters, then getting Brentford promoted at the
first time of asking and nearly doing it again the following year.
The 52-year old is here for the
long haul, and there is yet to be a negative word said about his abilities; a
very valid comparison is Alex Neil, Norwich’s
outstanding boss. Neil got Accies promoted, then moved to Norwich and got them into the English Premier League at the first time of asking. A
very similar kind of path to Warburton.
Rangers could not have done a lot
better than Warburton, and it is the first step towards rebuilding a Rangers we
recognise, and a really excellent piece of business from a board that has taken
a fair share of criticism; including by yours truly.
Shedding dross:
This is another thing the board
got right; a ruthless cull of the garbage on the payroll, Rangers’ hierarchy
let go eleven players, the vast majority of whom were absolute duds and a
symptom of the horrors of the McCoist legacy. If anything condemned McCoist’s
deranged ‘management’, it was the board letting go nearly every player he ever
signed. A lot of the trash is still there, of course, such as Law, Clark, and Templeton, but the majority of Ally’s signings
have been ditched, and maybe the new management can get something out of these
remaining dregs that few have been able to. Truth is these guys are not good
enough for Rangers, and will more than likely become squad fodder or bench
material. But the real passengers have finally got off the bus.
New signings:
As this site brought you
yesterday, Warburton plans a major shakeup of the playing squad. He has already
gone on record as being active in the market, and with names like Wilson, Allan
and Macleod to name just three in the mix, there will be colossal changes in
the team for next season. Badly-needed changes.
Rangers have been given a second
chance to get it right. McCoist was the biggest mistake the Club ever made in
management; they are still (literally) paying for it today. It went so badly as
to permanently sully Ally’s legacy, one which should have seen him remembered
as the greatest striker in Rangers’ history, but which sadly will not have that
label attached as exclusively as it deserved four years ago.
But with
Warburton, Rangers really can ‘do a Hearts’ and with 12 months, a refreshed
squad, and quality management, Rangers can find themselves in the SPL,
well-equipped to handle the step up.
Fans now expect no less.