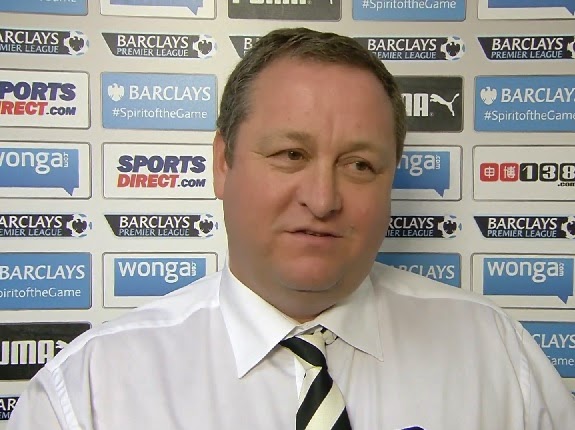 Mike Ashley, for the first time,
has given a public interview regarding football. Specifically speaking on Newcastle, the Sports Direct owner came on camera for the
very first time to assert that he would not sell Newcastle until they win something.
The ramifications for Rangers
fans are curious; his desire to regain the £5M from the loan and what he has
said today suggests he is endeavouring to withdraw from Ibrox affairs as soon
as possible, and cede all intellectual rights back to Govan, in order to
completely focus on Newcastle United.
He said:
“The club is not for sale at any price. If
we ever get into a position for winning something, and by that I also qualify a
Champions League spot as winning something.”
On managers Ashley said:
“On that basis it’s the football board who
make those decisions, as it was Derek Llambias (former Rangers CEO) who brought
in Alan Pardew. So I will not be picking the next manager, it’s not what I do.
My job is to make sure they have the maximum amount of financial resources.”
And lastly he added
“To be categorically clear I’m not going
anywhere until we win something”
If Geordies thought they were
getting rid of Mike, they have another think coming, but this interview may be
good news for Rangers fans, with his apparent attention now becoming fixated
100% on St James’ Park.