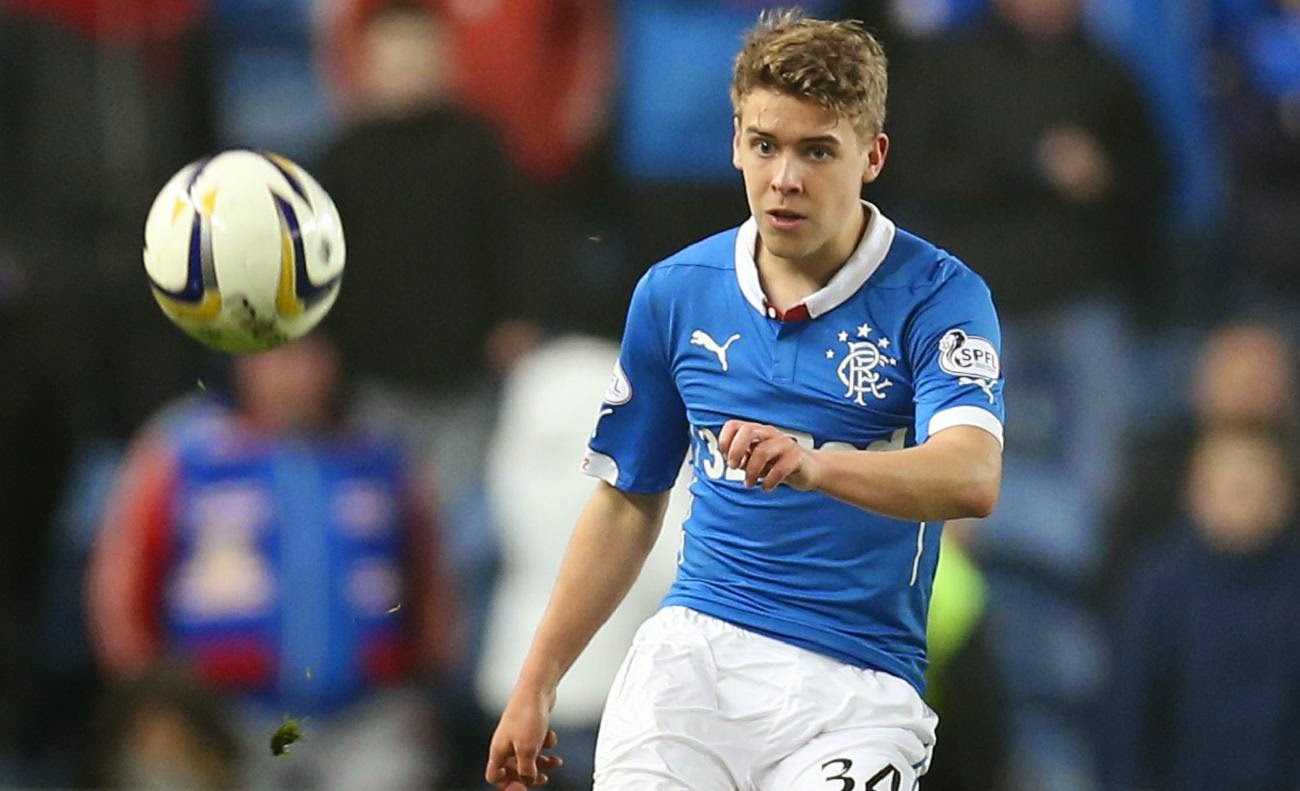 The Kenny McDowall regime was…forgettable,
it is safe to say.
The man did not want to be
manager in the first place, and was about as reluctant a boss as Scottish
football has maybe ever seen. But there is one outstanding legacy from his
brief reign at the Marble Staircase, and that legacy is the rise of young Andrew
Murdoch.
Few knew of him when McDowall
hauled Ian Black off during a forgettable night at Ibrox and replaced him with
the youth from Murray
Park, but in that brief
cameo against Raith Rovers, Murdoch asserted himself as not only first-team
squad material, but starter.
McDowall did not play him every
match, but he did the majority, and Murdoch’s pearler against, again, Raith
Rovers at Stark’s Park when he zinged one in from 20 yards cemented his place.
Under McCall he has been
ever-present, bar the former Motherwell manager’s debut match v Livvie.
Murdoch is not the biggest player
Rangers have ever had, but despite his height disadvantage he has been
excellent in the defensive midfield role, most recently highlighted at Palmerston Park where McCall assigned him to
nullify Danny Carmichael and the creative spark from the Doonhamers was doused
almost completely.
Murdoch was MoTM for that.
And then on Wednesday v Hibs he
saved Rangers’ backsides more than once by covering back and tracking runs
others had missed – remarkable football intelligence for a mere 20-year old.
Murdoch is not a headline-grabber
(except when he is scoring long-range piledrivers) but he is the kind of player
every team needs – he does the dirty, unglamorous work that allows the likes of
Vuckic and Miller to concentrate on the offensive duties.
Murdoch’s influence often goes
completely unseen and unpraised, but he has had as much impact on this Rangers
first team as Lewis Macleod did before his departure.
It might not be pretty, what you
do Andy – but it is incredibly effective and I believe  I speak for us all when I say thank you for
it every step of the way.