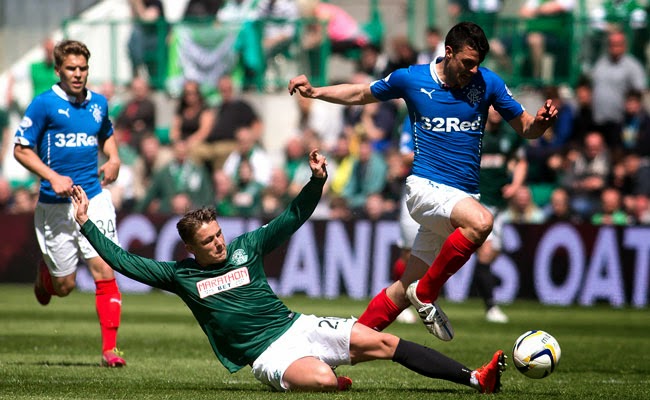 He has been the standout
attacking performer in 2015 for Rangers, with his creative displays and goals
not to mention defensive clearances producing massive results for Stuart McCall’s
men, and it is clear the Slovenian has become a huge hit at Ibrox.
But can Rangers keep the Newcastle loanee?
The player himself said:
“I want to sit down with Newcastle at the end of the season and see
what is the best option for me.”
He has shown plenty of desire to
remain at Ibrox, but with uncertainty persisting regarding which division Rangers
will be in next season, not to mention his parent club’s troubles, Vuckic has a
big decision to make come the end of the season.
The fee for the Slovenian, should
Rangers’ board elect to try to retain him, would be around £1M, or they can
endeavour to extend the loan, but it is clear Vuckic himself would prefer to be
a first choice for Newcastle.
He said:
“I couldn’t get a chance in the Newcastle first team, so
when Rangers came in, huge club, I was very interested.”
Vuckic clearly sees Scottish
football as a fall-back crutch, and in truth, the country is a backwater of
football. But he is something of a hero right now and a very popular move by
Rangers board would be persuading Newcastle
to let him go, as long, of course, as the player approves.