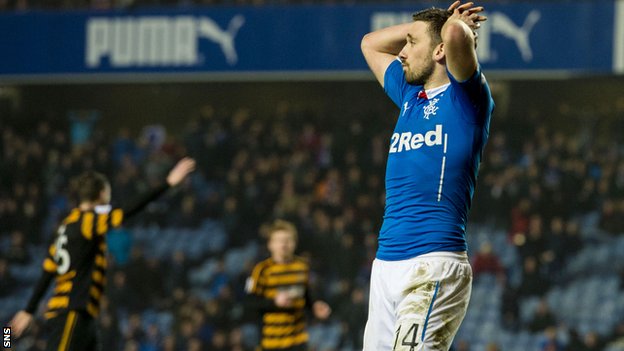 Well there are certainly no lack
of candidates for this Hall of Shame following today’s abysmal failure to get promoted (or even score) at Fir Park. Before I continue, Ally McCoist is immune here, he has
his own ‘special’ place in the annals of failure and it has all been said
before. This is from a playing perspective, and to that end Rangers have been
swamped by a glut of absolutely woeful signings/performances these past three
years.
Ibroxnoise.co.uk has gone through
these with a fine toothcomb to bring a final chart of ignominy, the top 10
farces to have stained the proud blue jersey these past 36 months. Readers will
undeniably have their own lists, and may wildly disagree with this one,
including the winner, but we can all agree there has simply been far too much
rubbish.
On with the list:

10: Nicky Clark. Yes, poor Nicky came
to Ibrox with that infamous 42-goal streak from his QoS days, under the
pressure of having a famous father ex-Bear in Sandy and while not quite an Ostenstad or
Jeffers, has been a complete failure who simply never had the ability to play
for a club the size of Rangers. He never made the step up, never looked
composed, and the best of his game was running at opponents to make a nuisance
of himself. But his quality in the final third was ghastly, and despite his
mighty 8 goals domestically this season, it is safe to say he has been a
monumental disappointment and belongs in League 1.

9: Nicky Law. The other Nicky. An exciting signing, Law looked the
business for the first few appearances in the ‘trialist’ period, and coming
from second-placed Motherwell (at the time) was a player fans were genuinely
optimistic about. Unfortunately, thereafter he has been absent, presumed
missing for about 95% of his Rangers career, failing miserably to assert
himself on matches and offering little more than some goals. For a ‘hard working,
attacking midfielder’ (as he described himself to me once) he does very little
of the label, and simply never provides assists. Law has been a total let-down
and with numerous rumours linking him with a move away, that is a divorce most
fans would welcome. 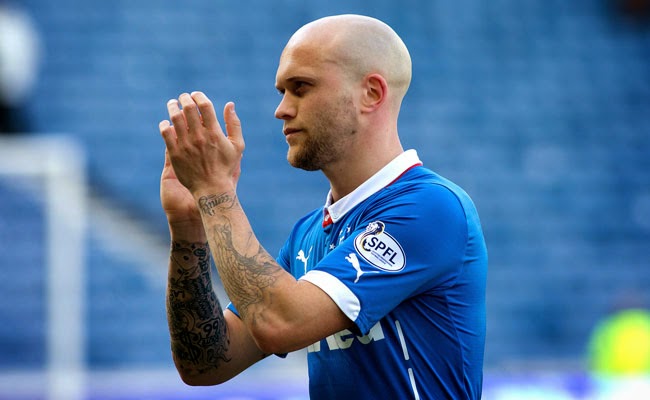 8: Lee McCulloch. Let us be honest, in his first season as captain he
was actually ok, playing up-top with Little in a reasonable partnership. But
that was the Third Division. In League 1, as a defender, he was a shambles, yet
not until the past month+ has he finally lost his place. This season has been a
complete disaster, and fans’ patience finally ran out when he was booed at
Ibrox v Falkirk, following yet more hapless
defending. Overall a complete liability offering next to nothing from 2013
onwards. 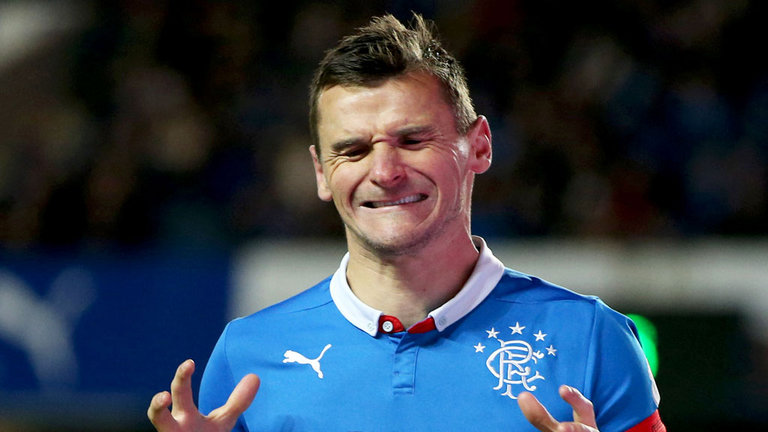 7: Bilel Mohsni. While producing some absolutely stellar displays, he
has equally produced moments of insane madness and utter complacency, letting
himself badly down in the process. He looked good initially, but slowly but
surely his inability to concentrate emerged and despite his dominance in the
air, his lackadaisical attitude has been a real problem, and he has made some
catastrophic howlers on several occasions. 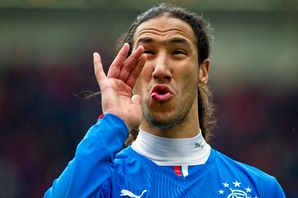 6: Kris Boyd. He has scored some
goals but by and large has been an excruciating flop the second time
around. He admits it himself, and the Boyd we knew up till the end of last
season has been replaced by an absolutely horrendous pretender, who simply
cannot score any more. As the season wore on he got picked less and less, until
eventually McCall more or less froze him out and has him benched every week. A
sad one, but a failure nevertheless. 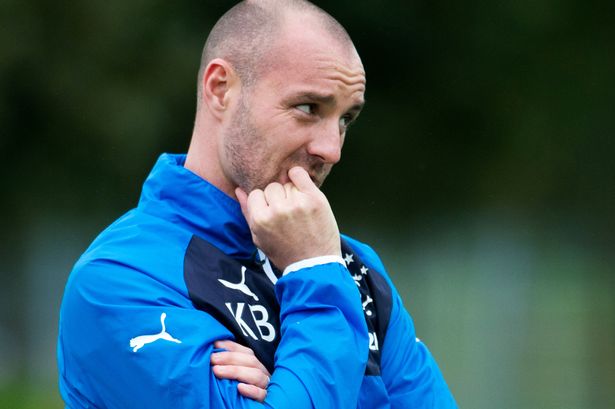 5: Arnold Peralta. Bet you forgot he even
existed. His 18 months at Ibrox were some of the most embarrassing I have seen.
For a supposed no-nonsense defensive midfielder he spent more time rolling
around on the floor pretending to be injured than working hard. His narcissism
on Twitter and his general prima-donna attitude was not countered by quality on
the pitch, and he was cut loose before he became any more of a laughing stock. 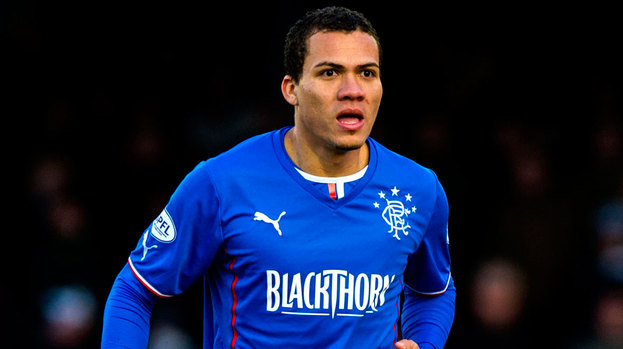 4: Emilson Cribari. It takes something to be a worse defender than Lee
McCulloch, but one-time captain (yes, he did indeed wear the armband once)
Cribari was maybe the most feeble and ungamely defender I have ever seen at Ibrox,
and made Big Bertie look like Baresi. Cribari, coming from Napoli,
must have had too much Neapolitan ice cream because he seemed frozen on the
pitch, slow, and unable to read the strikers. An absolute stinker of a player. 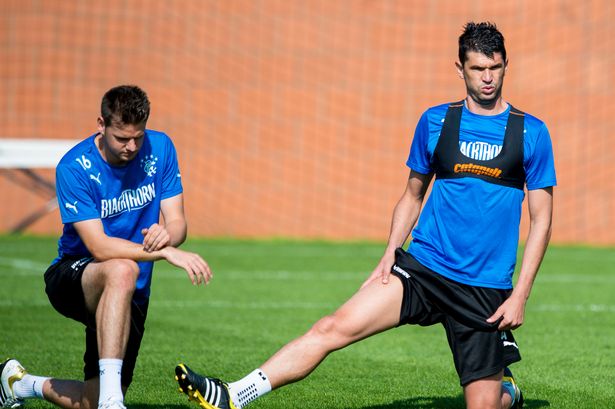 3: Anestis Argyrious. Yes, another you may have forgotten – this young
Greek might just have been the most clueless looking player I have ever seen
anywhere, not just Ibrox. He did have a little skill, and pace, but he had
absolutely no idea what to do, did not speak a word of English, and just
appeared to be playing his own game, with zero idea what the gameplan was. He
was like a headless chicken, not looking up and and not communicating. 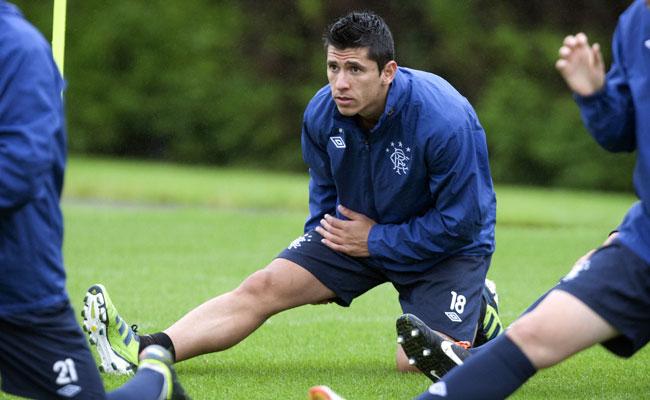 2: David Templeton. For what we thought we were getting, Temps has
been an utter, farcical, painful disaster. His pathetic attitude was summed up
at Palmerston when, after he had suffered a second foul, simply stopped
playing, not ‘fancying’ it. Templeton is one of the most frustrating players to
play the game north of the border – the lad has the tools, and the pace, to be
dynamite, but unfortunately his fuse is damp and he would prefer to waste his
potential away with a lack of heart. The boy is a chicken on the pitch, and
only one other player has been a bigger disappointment in the past 36 months. 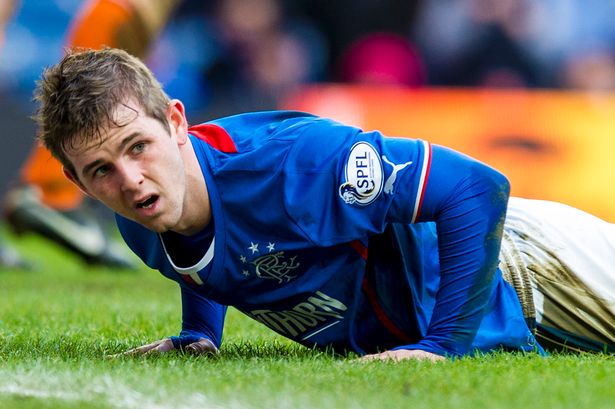 1: And that player is Ian Black. Yes folks, our winner is the
former Hearts midfielder, who came to Ibrox with that ‘tough man’ attitude but
acted more like a ned than a strong tackler. Numerous red cards and appalling
discipline punctuated his time at Ibrox, as did that scandalous betting
outrage, and again he is another who did not back up his many failings with a
performance. He did do marginally better around August-November 2013, but in 36
months that really is not enough, and only him being an ‘Ally pal’ kept him on
the pitch. Kenny McDowall’s one decent contribution was ditching this fool.
Even now I can remember how hated Black was following the Jelavic assault, and
was disgusted by Rangers signing him, and was equally disappointed with how many
fellow fans were pleased at the time. 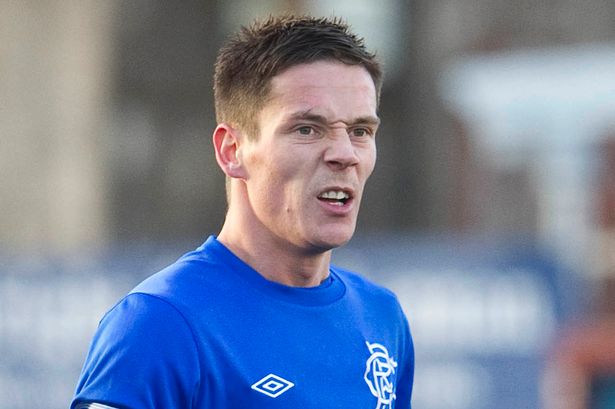 And that, is yer lot. Honourable
mentions to Kevin Kyle, Francisco Sandaza, and Ross Perry, while the likes of
Jon Daly, Cammy Bell, Richard Foster, Steven Smith and Kenny Miller have
probably done just about enough to remain on the right side of this list.