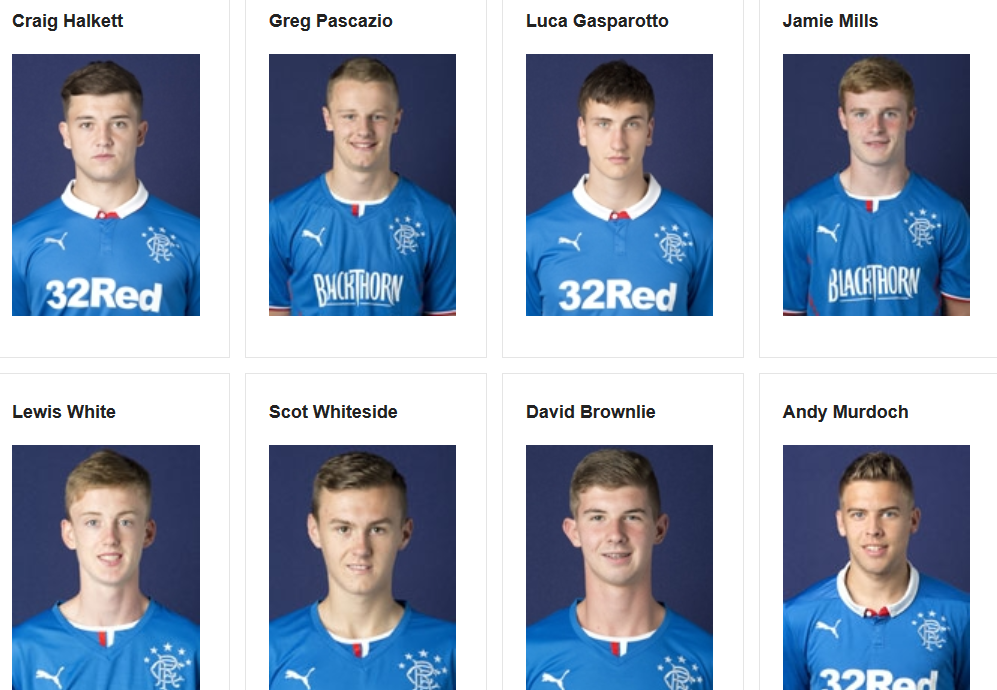 Simonsen, Foster, McCulloch,
McGregor, Wallace, Aird, Law, Black, Smith, Boyd, Miller.
Until very recently this was
pretty much the formulaic Rangers side to darken every pitch in the
Championship and the Third Division & League 1 before it.
A turgid, stale, unimaginative,
crude and clunky outfit struggling to beat pretty much anyone, with only two
wins under its belt in 2015 prior to the trip to Stark’s Park last Friday.
While there has been a small
improvement in recent times, with more fight evidence against Hibs then that
actual fabled victory in Fife, nevertheless it
really is worth looking at what Rangers’ first XI could have been.
Ally McCoist famously said
Rangers would not have won the third division with youth, yet clearly he has
been proven painfully wrong with the best individual displays this season
coming from youth/younger players such as Gallacher, Faure, Macleod, recently
Hutton and of course the toast of Ibrox right now, Andy Murdoch.
Let us turn the clock back to
2012 to present and look at what that team could
have been had McCoist not been so appallingly short-sighted.
In goal, let us face it,
Alexander was a decent option. While he only stayed at Ibrox for the money, and the fact
he would not have got a gig elsewhere (he only played once for Crystal Palace in a defeat, before anyone tries
to point his move in 2013 out), he was still a convenient on-site choice.
Defence could have seen a young
Kyle McAusland given a chance to bloom at RB, while Gasparotto or Mitchell
could have partnered an experienced Bosman from the SPL or lower in the middle,
and of course Wallace at the left.
In midfield McKay on the left,
Telfer in the middle partnered with Macleod, and possibly Gallacher on the
right, with Lee McCulloch and Andy Little (the one area Rangers were
half-decent in) up front.
No Real Madrid but something to
build on; youthful, but with enough experience in conjunction with it to guide
the younger players.
2013 onwards could have seen Bell
in goal, with that established back four remaining the defence, while midfield
could have stayed similarly relatively unchanged with Law coming in and
hopefully playing more like his Motherwell self than the Rangers Nicky Law we
ended up with, while up front Gallacher and Clark could have formed something quite
impressive.
By this point McCulloch would
have partially retired and gone into player coaching to assist those younger
players while still being a squad member when required.
Then we bring in the likes of
McGregor in 2014 to further strengthen.
And over those two years that
youthful, decent Rangers team would have built up a rapport, an understanding,
and grown together to leave us today with a squad looking something like this:
Bell,
Robinson, McAusland, Faure, Gasparotto, McGregor, Mitchell, Wallace, Law,
Telfer, Macleod, McKay, Murdoch, Hutton, Clark,
Gallacher, Miller.
I am by no means saying it is fantastic,
but looking at that squad in concert with giving it time to grow together,
while enhancing it over the various windows since the embargo was lifted really
makes one wonder what might have been had a Rangers first XI filled with
players of that nature been sanctioned rather than guys like Ian Black and
Richard Foster.
Que sera, sera.