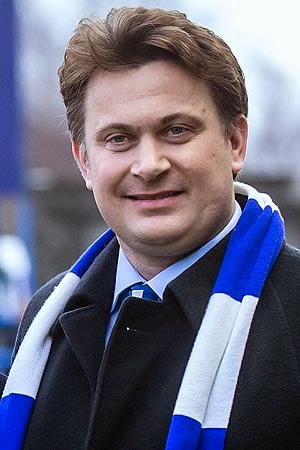 Now-departed Rangers non-executive
director James Easdale clarified the situation regarding ‘remuneration’ on his
exit.
Initially his statement on
leaving the Ibrox boardroom was:
“I also want to dispel any remaining
doubt that I received any remuneration from Rangers. I did not. Instead, I
chose to work for free to benefit the club.”
Today Rangers have confirmed this
was not entirely accurate but not entirely false either.
In short, all Rangers boardroom
members receive a directorial ‘fees’ payment. This is usually £28,000, and
covers, simply, expenses. It is not a salary or a wage, and it is a contractual
stipulation for most companies’ boardroom members.
For example, Walter Smith himself
received £50,000, as he was non-exec chairman, rather than just a board member.
And others like Phil Cartmell, Ian Hart, Norman Crighton et al all got £28,000
expenses. I know from sources that some of these converted those expenses into
shares. So it went back in.
However Rangers today have
confirmed Easdale was a little loose, or ‘economic’ with the truth.
Just like all the other
directors, he received his £28,000 expenses, but like a few of them he paid the
cash back into the Club.
He chose to pay that back, but
there was a distinct use of spin in his language by implying he did not receive
anything in the first place. That was his error.
This is the kind of
misinformation that has bred distrust. By spinning the act of repaying capital
back into the Club (that he did not need to repay), into never having received
anything at all in the first place, Easdale has created a mess where many fans,
who already loathed him, now have more ammo to despise him with. He created
this mess himself.
Fans wonder what else is being
lied about.
And given today’s news where it
is being revealed that Rangers’ board misled the London Stock Exchange
regarding Llambias (among other things) then one does wonder if there was ever
a hint of truth among them.
Llambias, Leach and Somers really
have run Rangers with utter disgrace, with each taking the relay baton in turns
to publicly violate the Club and what it stands for.
This is not about backhanders or
stealing from the Club (there still remains no evidence of this), it is about
behaving in a manner befitting of what this Club means to thousands around the
world.
And the three that are left come
nowhere near.