Home Rangers Another season in the Championship – thanks Ally 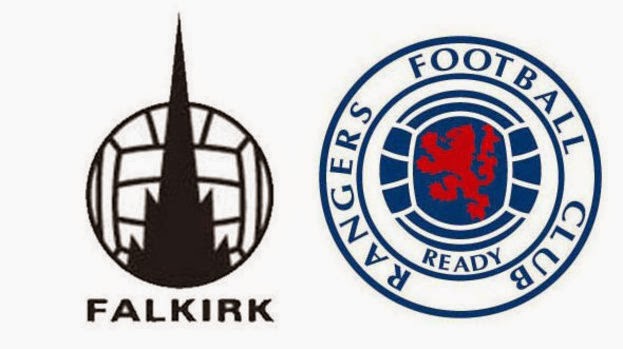 The harsh realities of where this
Rangers squad presently are could not be presented more starkly last night in
Falkirk where, horrendous conditions aside, the quality of the display was
worse than the weather in central Scotland.
Fans cannot even blame Ian Black
or Lee McCulloch this time, due to both players’ absence from the starting XI,
and despite a promising first 21 minutes including a heck of a thumping strike
from Darren McGregor, once former Rangers’ youth product Rory Loy got goalside
of the despairing Mohsni to instantly level up, the match, and Rangers’
performance deteriorated horrendously.
Few players did themselves any
justice out there, with only Lee Robinson, Kyle Hutton and maybe McGregor
getting pass marks, but even then the latter two were merely ordinary. Robinson
did have a good match, but it says it all when your goalkeeper is MOTM despite
the fact it was a reasonably even contest, as opposed to a backs-to-the-wall
display of defending.
Truth is pretty abundant – it is looking
more likely than ever that Rangers, this hapless Rangers side, who flirt
occasionally with some form but then drastically revert back to type, will
spend another year in the Championship next season.
To avoid this, the Govan men must
not only arrest their currently abysmal form and put together a run like both
Falkirk and Raith Rovers have, where defeats are rare as opposed to regular,
but manage to prevail through the playoffs (itself unlikely) against an SPL
side, probably Motherwell, who will be fighting tooth and nail to preserve their
top flight status. Again, unlikely.
Sadly, McCoist’s horrendous management
is now being truly exposed for what so many fans saw back in 2011, myself
included. Even here I pointed out he was simply unable to compensate for the
loss of Naismith, and could not tactically alter the team to match even 80% of
the results pre-injury. This was an early sign McCoist was not up to it, and that
early fear has borne fruit.
There were moments I cut him a
lot more slack, after all, he is Super Ally and a legend of the Club. Easy to
let sentiment get in the way when it is a Club you love and a legend you love.
But he has left Rangers in
absolute disarray, and last night’s abject and hapless misery is one of the
many post-Ally shambles Rangers fans are having to tolerate.
Lots of fans still do not want to
view McCoist as anything other than the legend he is, but many more concede his
managerial reign was not just a disaster, it downright hurt us to a level we will
struggle to recover from on the pitch.
The Old Pals Act, the constant
selection of sub-standard players and the absolutely disgusting signings like
Argyriou, Cribari and Peralta not to mention Kevin Kyle, Richard Foster and Ian
Black hamstrung this team to painful levels.
And lest we forget, we had to pay
Peralta off. Money we could scarcely afford.
Nope, another years in the
Championship seems inevitable now, and the only hope fans have is a regime
change in the boardroom next month will see widescale changes in management and
on the pitch.
But then, who exactly is going to
pay for it all?