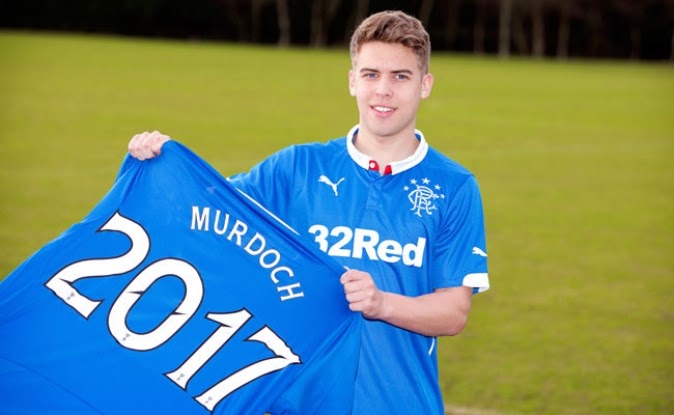 Preparation for the visit to Falkirk tonight is underway in earnest. Yes, there is
indeed a football match on involving Rangers, another chance to get distracted
from the ‘main event’ of the off-pitch politics.
As revealed yesterday,
increasingly ‘star’ midfielder Andy Murdoch has signed a new long-term deal to
snare him to Govan for the next two years, and indications are he is one the
management may conceive to build the team around.
He is a dead cert to start v the
Bairns, and after being forced off (thankfully) at Stark’s Park through injury,
captain Lee McCulloch (sadly) returns and will (sadly) slot in beside Darren
McGregor at the back, with Marius Zaliukas beset with flu.
Sebastien Faure continues his run
at RB in the absence of Richard Foster, leaving Lee Wallace to make up the back
four, with Lee Robinson to retain his place between the sticks as confirmed by
Gordon Durie last week.
With Ian Black unable to even
make the bench due to the same flu afflicting Zaliukas (relief), midfield will
be the same double-pivot of Hutton & Murdoch which has been working pretty
well for the Gers, while the creative trio of Law, Vuckic and Miller will
almost certainly supply Boyd up front.
Of course, this has not been
officially confirmed, but if the team is not:
Robinson; Faure, McCulloch (c), McGregor, Wallace; Murdoch, Hutton;
Law, Vuckic, Miller; Boyd
I would be very surprised.
Kevin Mbubu is reportedly near
full fitness but is not ready to start, and information regarding the exact
status of other loaness Shane Ferguson & Gael Bigirimana has been scarce, implying
they remain sidelined, so one does not envisage them appearing in the near
future.
A victory in Falkirk
would certainly help the mini-momentum Rangers have built up on the pitch in
the past two matches, but is there any coincidence the first ‘big match’
victory for months was achieved with McCulloch sidelined?
His return could well upset the
rhythm, and one hopes one is wrong on that.