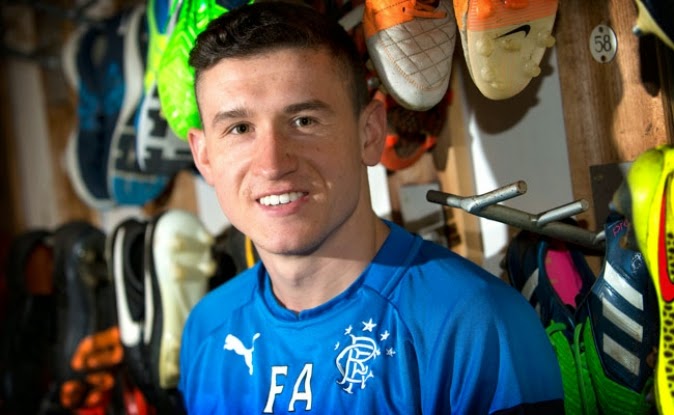 It must be national Fraser Aird
idiocy day because not content with making ridiculous comments in the press in
recent weeks, as addressed in my previous entry, young Aird has now decided to poke
arch-rivals Celtic with further nonsense in the red tops.
Asked about his feelings on
Celtic captain Scott Brown’s provocative comments regarding Craig Gordon being ‘bored’
in the opposition goal, Aird said the following:
“If players are saying that they are
pretty much saying we were s***e on the day. But Brown can say what he wants
because that’s his opinion. I would love another crack at Celtic, definitely.
I’m a Rangers fan so I would always want to play Celtic and it would be an
opportunity to redeem ourselves. We didn’t give ourselves the best chance on
Sunday because we had quite a bad first half. But if we got them again in the
Cup I would definitely take them.”
I shudder to imagine how Rangers
would fare against Celtic again, given how humiliatingly we underperformed at
Hampden against a Parkhead side barely in first gear.
Aird is getting a bit of a name for
himself as the brand new ‘Rent-a-Quote’ at Ibrox ever since McCulloch rather
relinquished that role in the recent years.
This is not to absolutely castigate
the defiant sentiments Aird has made above, in their own context anyway – but for
a Rangers player to disagree with the notion Gordon was ‘bored’ (I would
personally say ‘asleep’) for 90 minutes and imply, with foul language, that the
opposition are calling Rangers poor, is astonishing.
It must be due to the failure to
do any talking on the pitch whatsoever that is provoking Rangers players to do
all theirs in the press now.