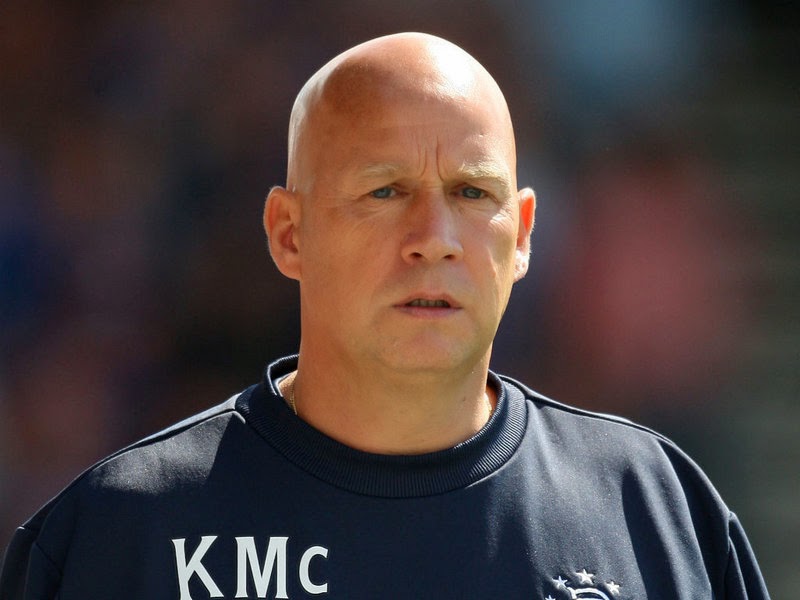 1299 days. Almost 1300 days since
Ally McCoist formally took over as Rangers manager in June 2011, until
yesterday’s long-awaited announcement that he was officially no longer in
position as the Ibrox boss.
A brief statement thanked McCoist
for his contribution, but stated it best for the Club to move on, and that he
was now formally on Gardening Leave.
For those of you unfamiliar with
this term, essentially it means to remain a fully-fledged employee on the
payroll, with your contract entirely honoured, but that you are fired in terms
of active duties and no longer carry out your job.
Put simply, you continue to get
paid but do no work.
As a result of this decision,
assistant coach Kenny McDowall has now been installed as manager till the end
of the season and with his first fixture being a trip to Easter Road on the 27th
to take on Hibernian who so convincingly dispatched the Ibrox outfit in the
last encounter.
Hibs’ current form is decent if
not outstanding. Quite a number of draws and the occasional defeat punctuate
their results, but they have climbed to third place, seven behind Rangers, and
with the ‘Gers previous results & displays v the Hibees being far from
inspired, this would be a good match for McDowall to show off potential
credentials proving he can handle the job full time.
It goes without saying he will
bring a lot of fans back onside with the simple execution of dropping the ‘Old
Pals Act’ which blighted McCoist’s regime. Dropping the likes of McCulloch and
Foster and replacing with decent young players by recalling the McKays, the
McAuslands, and the Gallaghers of this world would go a long way to restoring a
bit of faith from fans in this current Rangers.
The square peg round hole
mentality of McCoist absolutely infuriated supporters and K-Mac would do well
to ditch the non-performers and bring in a properly ‘configured’ team. In
defence McAusland could come back from his loan at RB, while central defence
could finally see McGregor and Zaliukas together, with Wallace continuing at
LB.
Midfield flanks could see McKay
recall for LW, and Aird continue at the right while up front Calum Gallagher
and Nicky Clark would be a very inspirational partnership indeed.
A huge problem area is central
midfield. Macleod is injured, and the only four remaining players are Law,
Black, Peralta & Hutton, with out-on-loan Crawford potentially available
too. Slim pickings if ever I saw them.
So I will cut McDowall slack
there.
That said, Rangers have
desperately needed a new regime for too long, and while this change is hardly a
shifting of the earth, it is at least a new chief, and if McDowall has any real
aspirations of becoming the new Rangers manager on a permanent basis, he would
do well to ignore everything McCoist did, and pick based on form, position and
quality, and not who his pals are/were.
Rangers fans need something to
cheer about, and to be inspired by. McDowall has the chance to deliver that.
Take the chance, Kenny.