Home Rangers What’s Football Got to do With It? 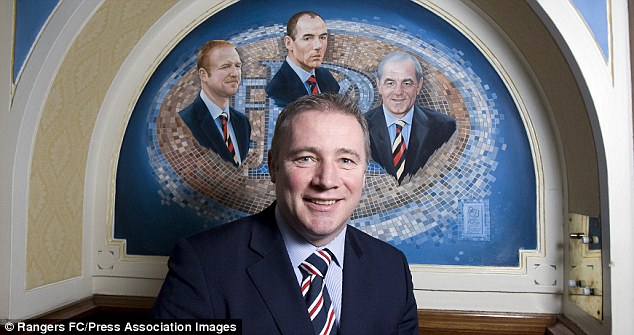 Just prior to the summer of 2009, Rangers, having just won the league, had a great deal to look forward to. With direct entry to the Champions League group stage assured thanks to the SPL title along with the many millions that achievement brought into the club’s coffers, plus confirmed participation in the Emirates stadium friendly summer tournament also featuring Arsenal, Paris Saint-Germain, and Atletico Madrid, things were looking fairly positive at Ibrox. Walter Smith’s side had recovered nicely from the dire Paul le Guen debacle and were progressing well. Indeed, the side went on to win the following two league championships, and Four in a Row was looking a distinct possibility, especially given new ownership and the blistering domestic start to the season 2011/2012 under new manager Ally McCoist.
Sadly, 3 years on from that summer of anticipation, barely 36 months, and the normal Rangers supporter no longer finds themselves discussing summer budget, transfer targets, pre-season friendlies and potential formations. The utter debacle from administration onwards, which has been debated to the ends of the earth, has left Rangers supporters violated, betrayed, frustrated, and denied the ability to enjoy football in the way most football fans take for granted.
Sometimes it is said the close season is a boring time for fans – with no competitive club football, supporters are left to read the tabloids conveying the latest transfer speculation, or match report from last night’s friendly, be it a glamour match against some elite European club, or a trip to a third division German side’s ground. Every nuance of said game is nitpicked upon by fans eager to discuss where weaknesses lie, what the manager should do differently come the start of the new campaign. As dull as this may be, one thing it definitely is not is stressful. Regrettably, since February 14th, everything Rangers has been one acute anxiety after another, with good news at a priceless premium.
Rangers fans have been categorically crushed by those who run the club, past and present, and the ability to anticipate a new season has been mercilessly extracted.
The USA played two friendly matches recently, one against a miserable Scotland, another against the new generation of Brazilian superstar. The majority of fans watching these games were able to focus on the football, thinking about the players from their clubs and how they would perform for their country. Milan supporters would have watched the Brazil friendly and noted Onyewu, the American international, who used to play in defence for their club, Pato, the late substitute for the Samba superstars who scored a stunning goal but who has struggled badly with injury for the Rossoneri, and Thiago Silva, arguably the best defender around right now who scored a fine header for his country and wore the captain’s armband and has assured Milan fans he is going nowhere.
Rangers fans would have spotted two of their American stars, Bocanegra and Edu having outings, but sadly, the fragile existence of their club coupled with the sanctions being threatened against them meant appreciating the football side of the equation was effectively irrelevant. 5 goals past Allan McGregor in the Scotland friendly seemed to sum up the battering Ibrox has taken.
Supporters are no longer able to discuss football, but instead have no option but to converse about the SFA, SPL, Stewart Regan, Neil Doncaster, HMRC, BTC, sanctions, administration, Duff & Phelps, Craig Whyte, and Charles Green, to name a few. Formations, Steven Davis’ form, Kyle Lafferty’s personality, Ally McCoist’s tactics, David Healy’s absence from the first team – issues which might occasionally merit a brief discussion but inevitably the conversation returns back to the kind of subject football fans should never have to worry about.
Super Ally had a great deal of pressure going into this season, given the stunning act he had to follow, but rather than managing a football club, he has managed a storm. And as anyone knows, people can be controlled slightly more than the weather can. Rather than explaining a football selection, Ally has had to rally the troops in the face of this miserable debacle. And the most dire part of it is it never seems to abate. From one horror to another, more time has been spent in offices, courts and boardrooms dealing with administrative matters than the simple premise of arranging a summer pre-season match.
Never have so many supporters wanted a period in a club’s history to be behind them quite as much as this. Other clubs have suffered badly too, Portsmouth, Leeds, Juventus; but the latter two survived and while Leeds are not the Premier League side they once were, they still exist for supporters to cheer on. Juventus were relegated 5 years ago for so-called ‘Calciopoli’, but today they are Italian champions and will be in the Champions League next season.
But Rangers? The club cannot plan for next week never mind next season. With yet more time being devoted to what sanctions the SPL can carry out on the club, the next blow seems imminent.
If only it was about the football again.